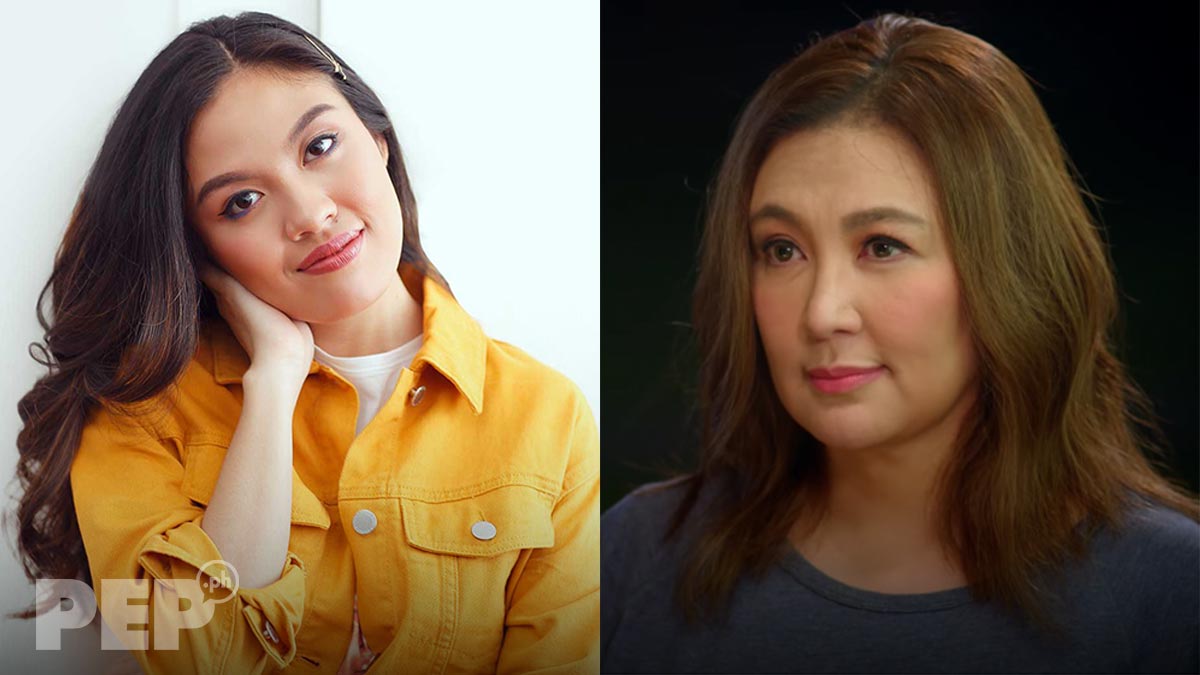 By posting her observations on Filipino romantic comedy films, Frankie Pangilinan ends up "roasting" her own mother, Sharon Cuneta.

Frankie points out the commonly used plots in Filipino rom-coms as she writes in her April 19 tweet (published as is):

"- guy is ‘bad boy’ who basically annoys tf out of girl

"- someone ends up in the hospital at some point (SHOCK! disease)

Expounding on her observation about rom-com characters ending up in a hospital, the 19-year-old singer-writer adds, "it fully SENDS me someone ALWAYS ends up in the hospital or dead or having a secret ailment why is everyone so unhealthy"

A netizen, who uses the handle @lilchuzi, quotes Frankie's tweet and comments that Sharon used to do rom-com movies in her younger years.

The netizen tells Frankie, "your mother did these kind of films when she was younger, though."

On April 20, Frankie follows up her rom-com observations with two more tweets.

Frankie explains that even though she has these observations, she continues to watch Filipino rom-com films.

At the same time, she would love to see "diversity, gender equality, and less toxic dynamics" in Filipino films.

Frankie tweets, "do i still watch and enjoy them and cry every time? yes.

"would i appreciate some diversity? gender equality? less toxic dynamics? of course."