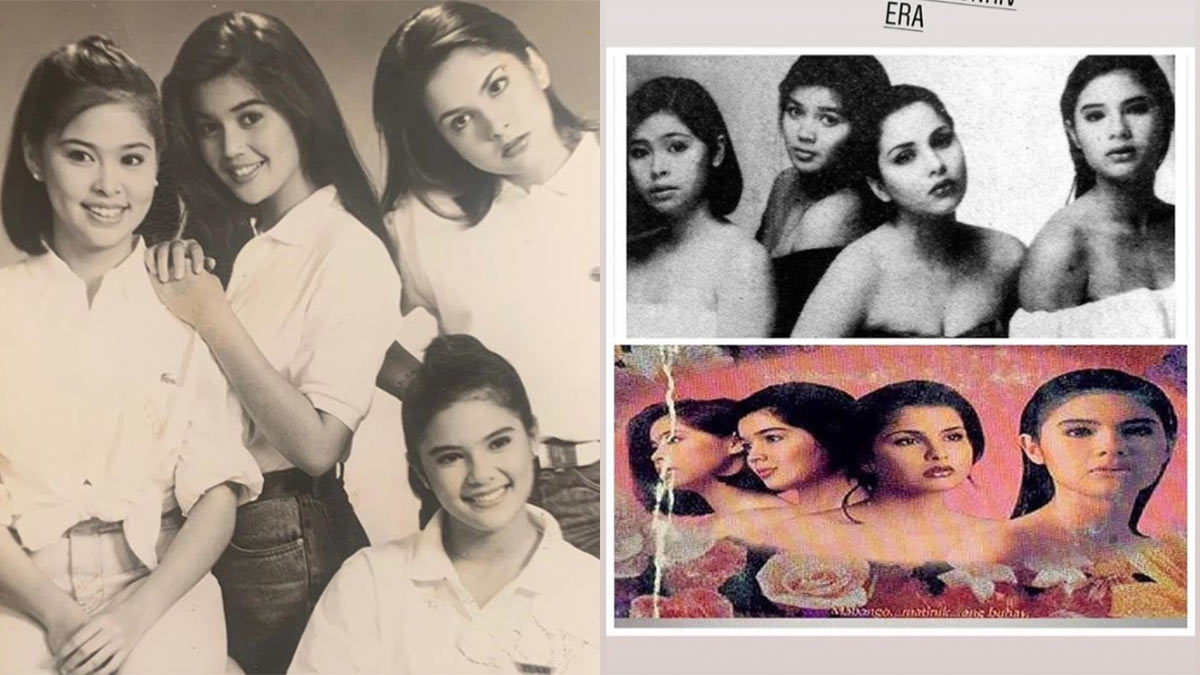 Donna Cruz strolled down memory lane with her co-stars in the 1994 movie, Kadenang Bulaklak, when she posted on Instagram one of their group shots while doing the movie.

With Donna in the black-and-white photo were Vina Morales, Ana Roces, and Angelu de Leon.

Ana wrote, "Teens pa tayo here. Those were the days." 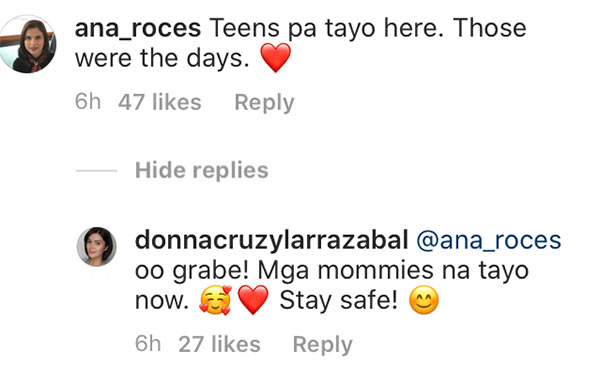 Vina chimed in, "Wahh bagetssss [heart emoji] Miss you all!"

Ana, Vina, and Angelu also reposted the photo in their Instagram stories. 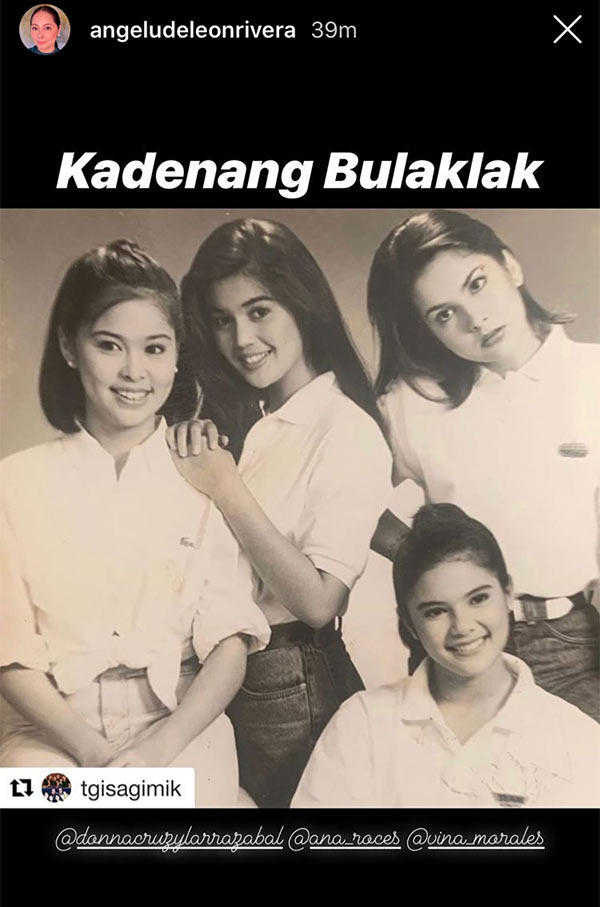 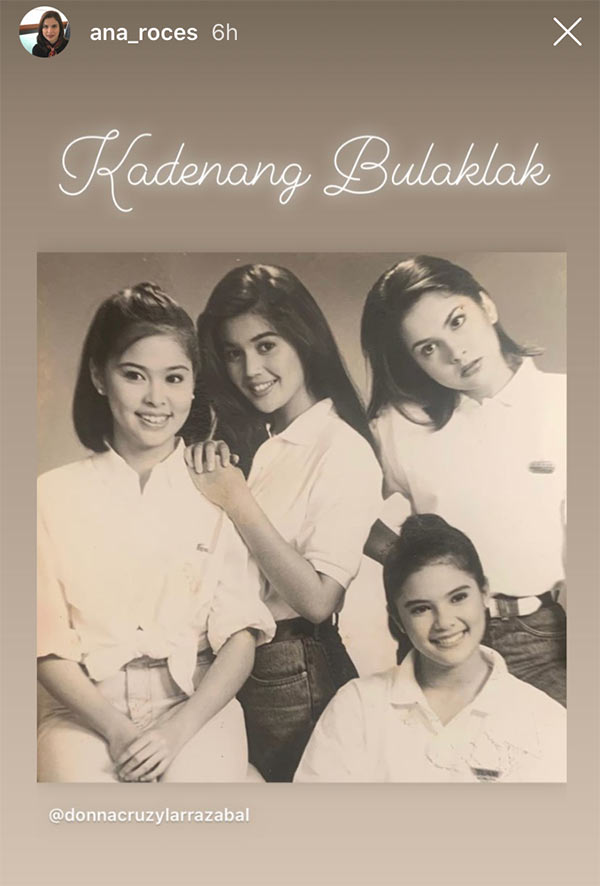 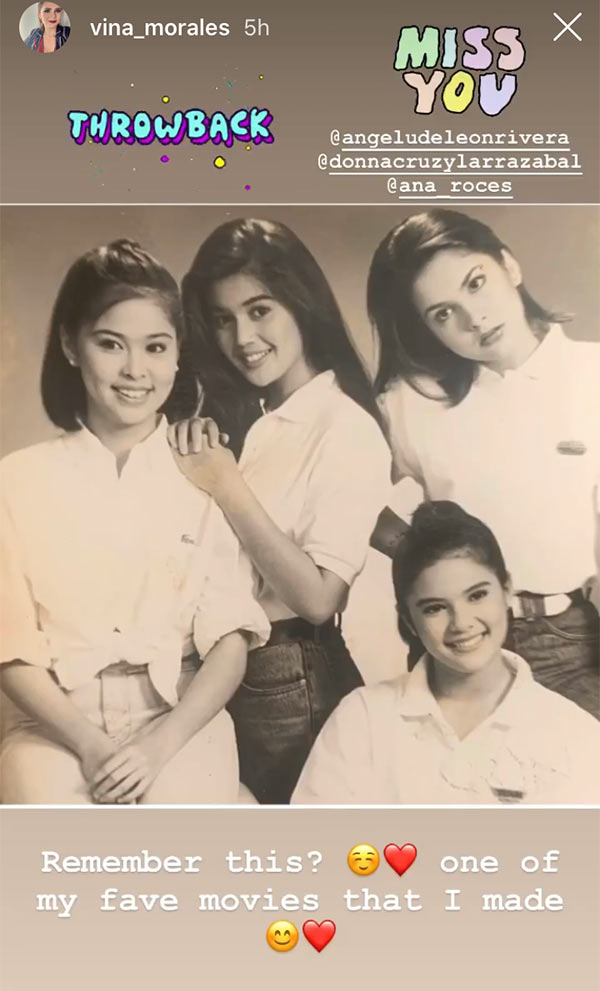 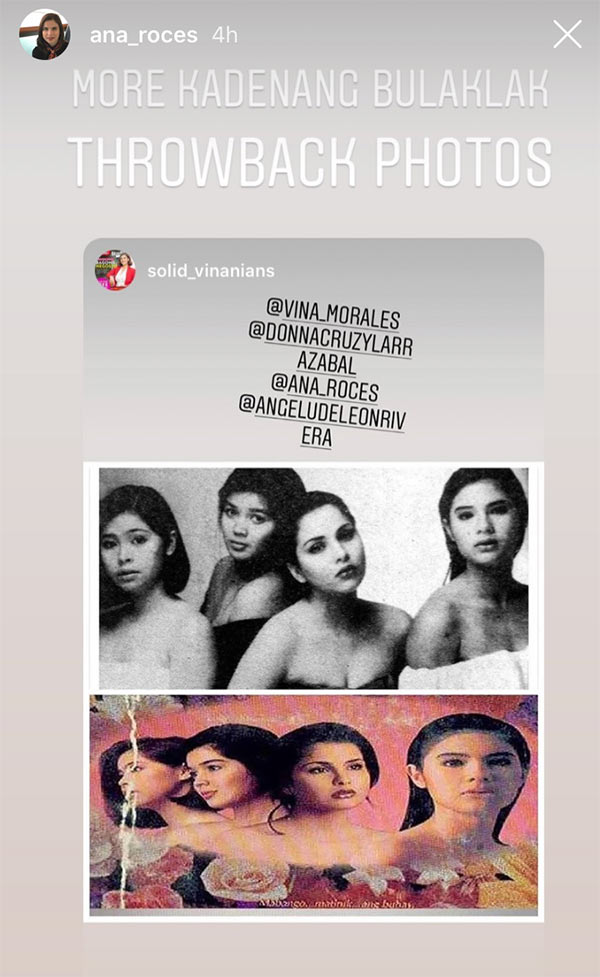 Donna's post recalling the movie with a throwback photo of its young stars has received more than 33,000 likes as of this writing.

Kadenang Bulaklak was produced by VIVA Films, written by Lualhati Bautista, and directed by Joel Lamangan.

It tells the story of the Abolencia sisters who were all named after a flower—Jasmin (Vina), Baby (Ana), Violy (Donna), and Daisy (Angelu)—and got separated from each other when they were young after their parents died from a freak accident.

Jasmin was taken in by their relatives, while her three other sisters were brought to an orphanage.

The story then progresses to Jasmin's difficult search for her sisters and how the song titled "Kadenang Bulaklak" connects them together again.

Jeffrey was also part of the movie as Angelu's friend. 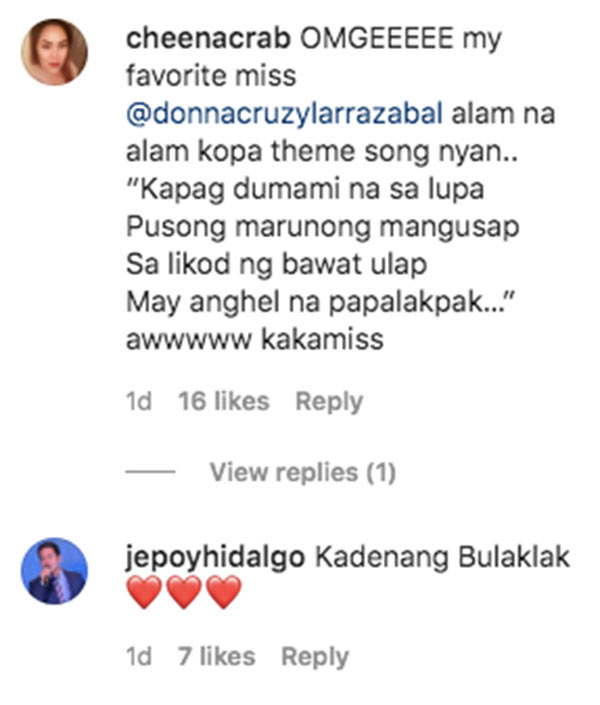 Here are some of netizens' reactions to Donna's throwback post: 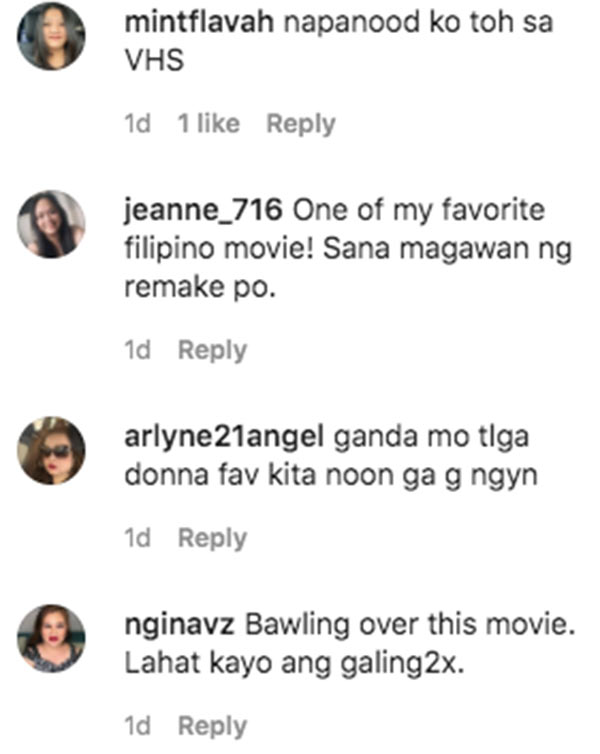 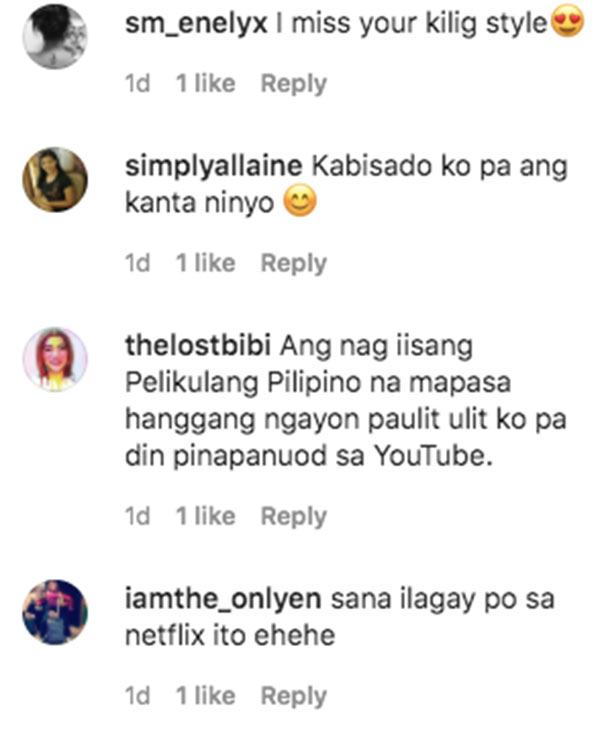 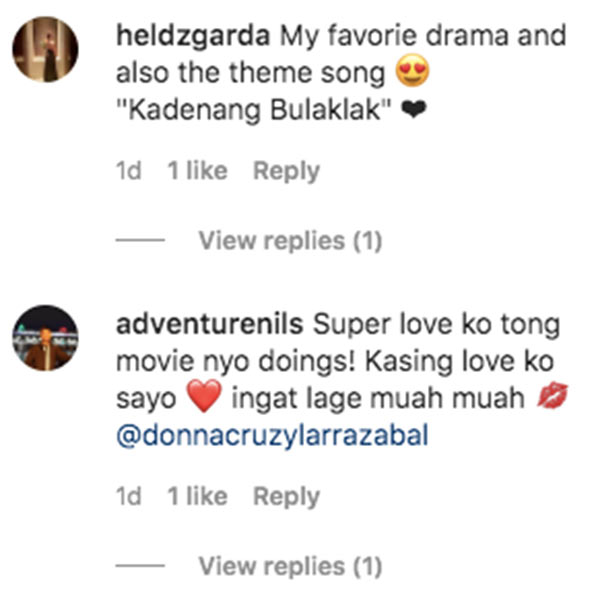 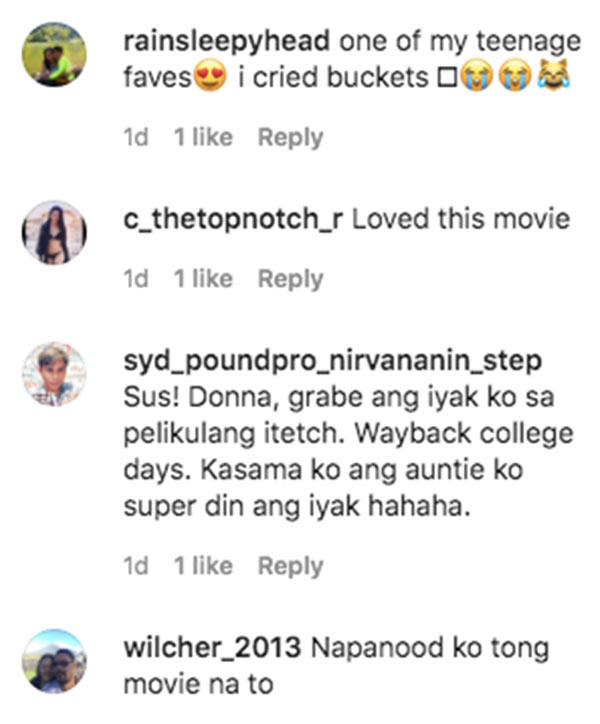 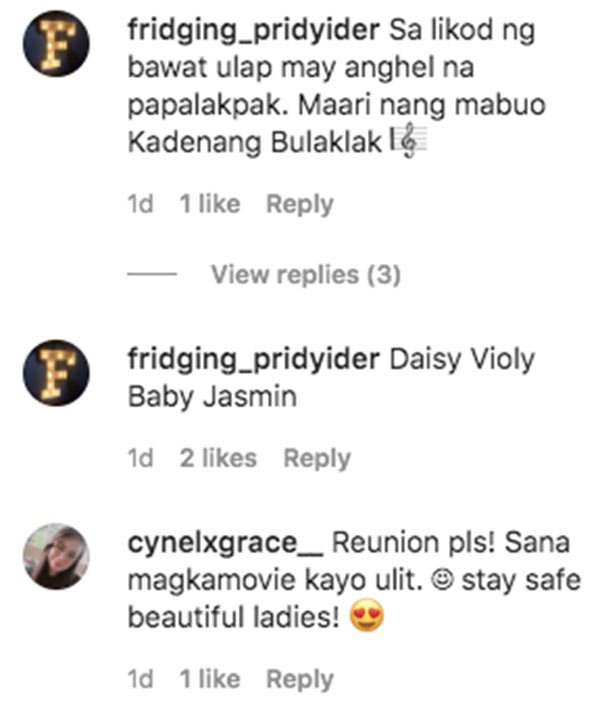 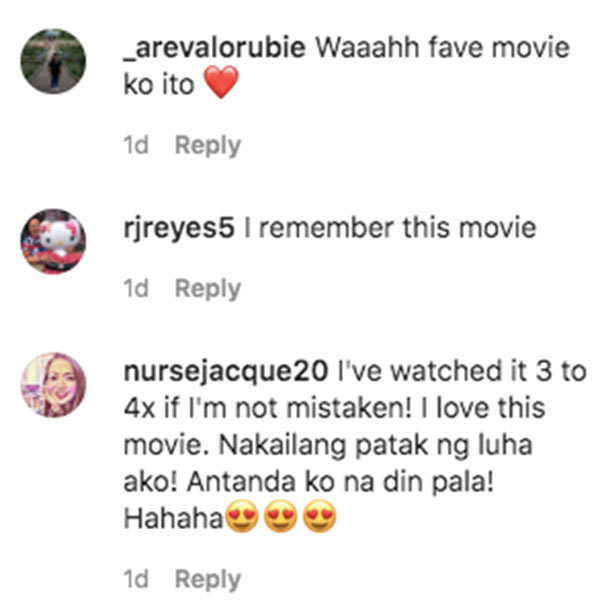