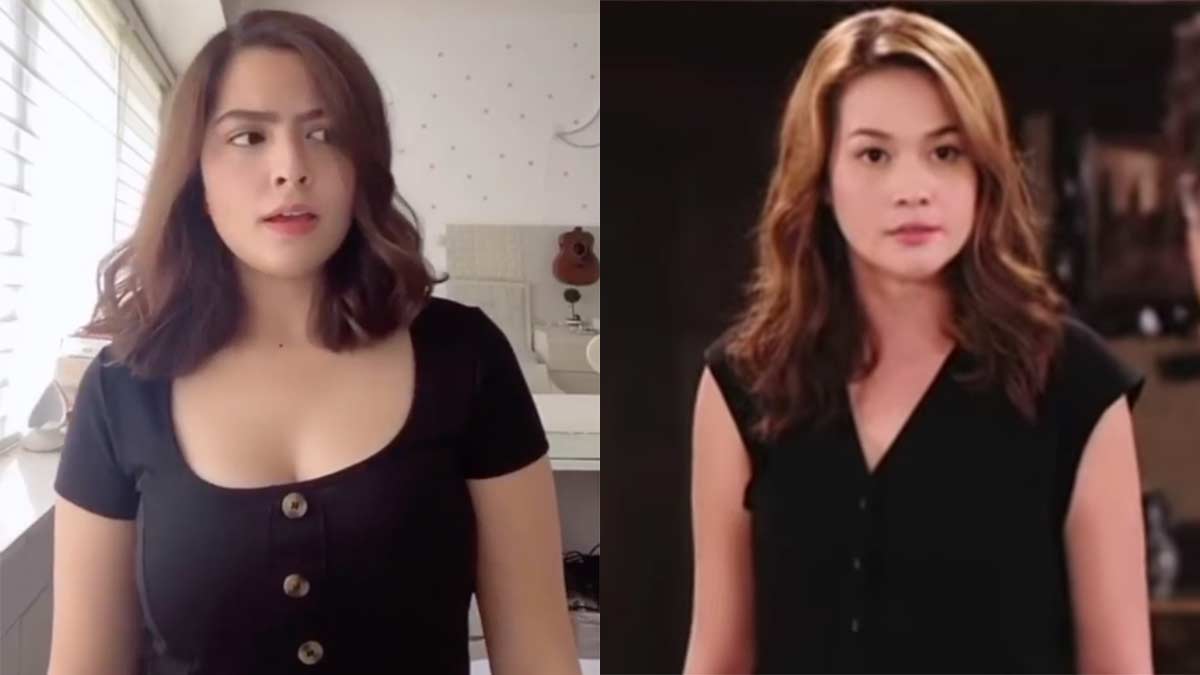 Alexa Ilacad is ready to be this generation's Bobbie Salazar.

The role of Bobbie, second among the Salazar siblings, was played by Bea Alonzo in the hit 2013 Star Cinema film Four Sisters and a Wedding.

The young actress has been tapped to play the teenage Bobbie in the planned prequel Four Sisters Before the Wedding, which is set ten years before the events that transpired in the 2013 film.

And before the movie starts filming, Alexa showed she is ready for the role in a TikTok video she uploaded on Instagram on Sunday, May 31.

The confrontation led the sisters to pretend they were playing charades after their mother, Grace Salazar (Coney Reyes), caught them arguing.

Alexa even wore a black shirt, which was almost similar to Bea's outfit in the scene.

On February 27, ABS-CBN Films announced that Star Cinema's sub-brand SCX is set to produce Four Sisters Before the Wedding, a prequel to Four Sisters and a Wedding.

Joining Alexa in the cast are Charlie Dizon as Teddie, Gillian Vicencio as Alex, and Belle Mariano as Gabbie.

The film is going to be directed by Giselle Andres, who helmed the movies Loving In Tandem (2017) and I Love You, Hater (2018).

SCX has not issued any announcement about the premiere date of Four Sisters Before the Wedding.