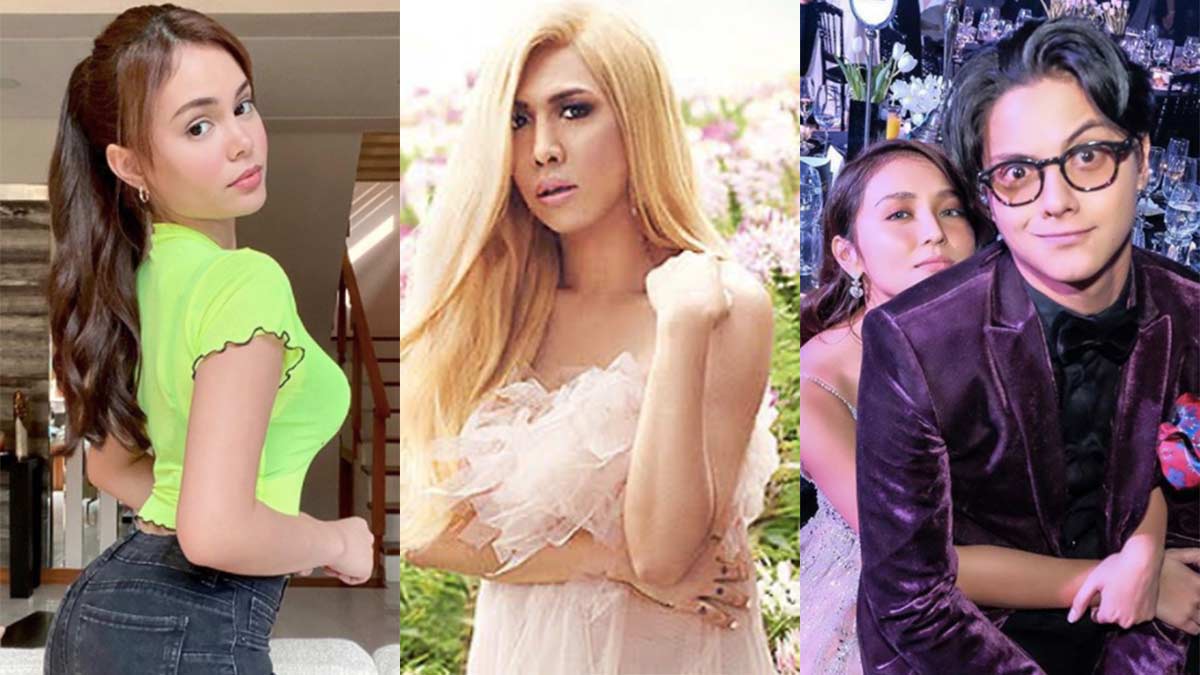 The movies starring Ivana Alawi and Vice Ganda, and Kathryn Bernardo and Daniel Padilla are part of ABS-CBN Films' line-up for 2020 and 2021.
PHOTO/S: @ivanaalawi / @praybeytbenjamin / @supremo_dp on Instagram

ABS-CBN Films has unveiled its lineup of movies to be shown in the remaining months of 2020 and early 2021.

The movie-production arm of the Kapamilya network is the mother company of film outfits Star Cinema and Black Sheep.

Its managing director Olivia M. Lamasan faced select members of the press, including PEP.ph (Philippine Entertainment Portal), in a Zoom press conference held on October 26, 2020, and gave updates about the films that are in production or in development.

Most of these films have resumed shooting after the Enhanced Community Quarantine, which took effect from March to May 2020, was lifted.

Lamasan first revealed the movies that they are planning to film with ABS-CBN’s prime artists.

It was supposed to be part of the Metro Manila Summer Film Festival in April 2020, but the film festival was postponed because of the pandemic.

Lamasan said, “Most of it was shot in Dubai before the pandemic.

Coco is the lead actor of FPJ’s Ang Probinsyano, while Angelica is one of the main actors in Walang Hanggang Paalam. Both shows are doing lock-in tapings.

The directorial duties, which was formerly done by the late Wenn V. Deramas, are being offered to Cathy Garcia-Molina.

Lamasan elaborated, “It’s the first time that Vice will team up with Ivana Alawi.

“But still, we’re finding ways and means to let all these projects materialize, so matutuloy iyan.”

A movie for Liza Soberano and Enrique Gil is also in the works.

However, the LizQuen love team still has apprehensions about shooting amid the pandemic.

But at press time, ABS-CBN Films has already sent LizQuen a sequence treatment for the planned movie. The company is just waiting for the love team’s feedback.

Paulo Avelino is set to top-bill a daring movie called Fan Girl. The film is the launching project of Rise and Star Magic artist Charlie Dizon, who assumes the title role.

Directed by Antoinette Jadaone, Fan Girl is scheduled to premiere at the Tokyo International Film Festival, which will run from October 31 to November 8.

First is the horror movie Ang Mga Kaibigan ni Mama Susan, which is co-produced with Regal Films. Its director is Chito Rono.

The movie has been announced as part of the Metro Manila Film Festival 2020.

The second is titled Keys To The Heart, where Joshua joins Charo Santos-Concio, Daniela Stranner, and Zaijian Jaranilla.

In this adaptation of a 2018 South Korean film, Zaijian plays a boy with autism, while Joshua is his elder brother. The film is going to be directed by Dan Villegas.

Lamasan is also hoping that Kathryn Bernardo and Daniel Padilla’s movie with Cathy Garcia-Molina will push through in 2021.

KathNiel was supposed to shoot the movie this year in San Francisco, but the pandemic happened.

Lamasan said about the movie, “Napakaganda ng kuwento nito which will be done or shot in San Francisco kasi it is about a couple na nag-migrate sa San Francisco, so ano naging buhay nila?”

The reunion movie of John Lloyd Cruz and Bea Alonzo, which was supposed to happen this year, is also currently in the creative development stage.

ORIGINAL MOVIES in THE COMFORT OF YOUR HOMES

ABS-CBN Films has also thought of ways for viewers to enjoy a movie in the comfort of their own homes.

Lamasan said, “Kahit na very challenging ang pandemya, it pushed us to think out of the box. Even with the theaters most of them still closed, we thought of ways to reach our audience.”

For 150 pesos, the viewer has 48 hours to watch the movie in any of the four platforms.

The first movie to be shown is the horror flick U-Turn, starring Kim Chiu, Tony Labrusca, and JM De Guzman. It premieres on October 30, 2020.

Directed by Bobby Bonifacio, it is a “sweet poignant romance that blooms amid the times of COVID.”

Zaijian Jaranilla is set to top-bill Boyette: Not a Girl Yet, a coming-of-age story of a gay teenager. Joey Marquez and Alma Moreno are part of the film.

ABS-CBN Films is also doing the prequel of its hit 2013 movie Four Sisters and a Wedding, which starred Toni Gonzaga, Bea Alonzo, Angel Locsin, and Shaina Magdayao as sisters.

Now titled Four Sisters Before The Wedding, the prequel is top-billed by Charlie Dizon, Alexa Ilacad, Gillian Vicencio, and Belle Mariano, who portray the teenage versions of the characters.

ABS-CBN Films may have pivoted to provide the cinema experience at home, but Lamasan still hopes that things will get better and that movie houses will soon be open to the public.

“It’s just that for now, nandito tayo sa sirkumstansya na ito and we also need to find ways to still be of service and ilapit natin at ma-connect tayo sa ating audience.”