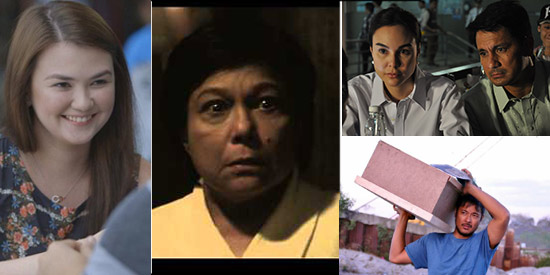 Angelica Panganiban and Nora Aunor have tied in the Best Actress category of the 13th Gawad TANGLAW.

Nora was cited for her portrayal of a mentally ill patient in Dementia, a psychological horror-drama directed by Perci Intalan.

Angelica was recognized for her portrayal of a heartbroken women in That Thing Called Tadhana.

Last November, Angelica also won the Best Actress award at the 2014 Cinema One Originals Film Festival for her performance in the romantic comedy film that also stars JM de Guzman.

His second international Best Actor Award was given at the 3rd Hanoi International Film Festival where he also won for Magkakabaung.

The Best Supporting Actor and Actress awards went to Richard Gomez and Gretchen Barretto for playing a couple in drama film The Trial.

Here is the list of winners for the 13th Gawad Tanglaw in the Film category: