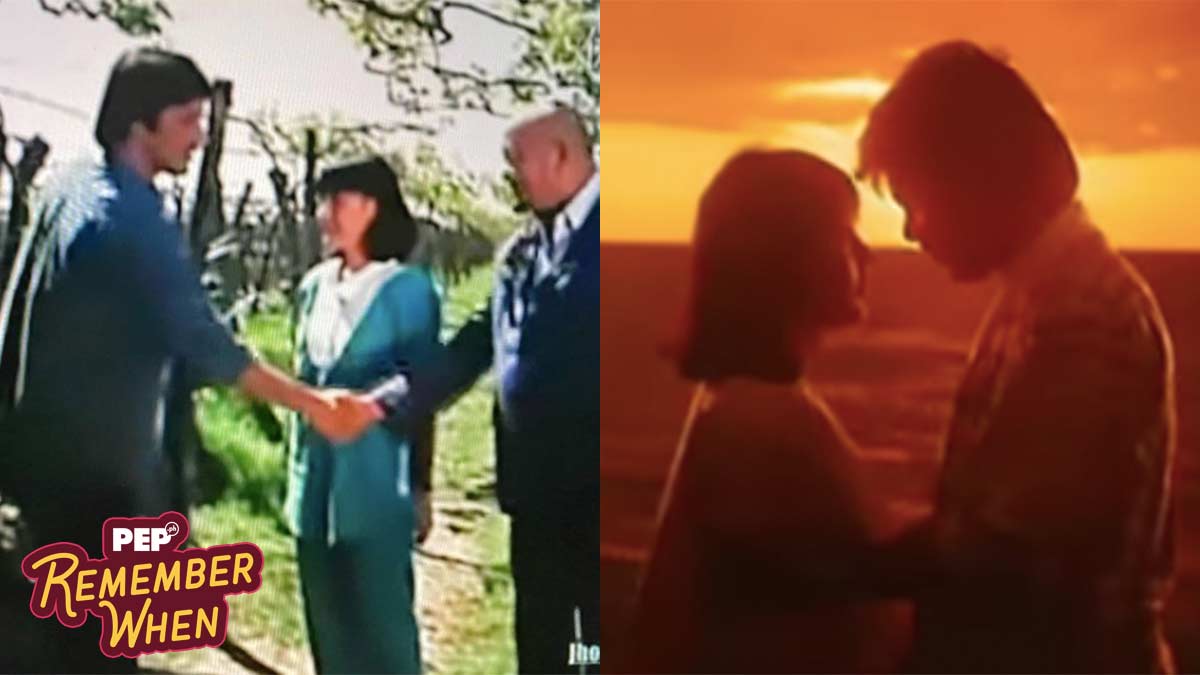 Sharon Cuneta has just shared a screenshot of her movie Kailan Sasabihing Mahal Kita for the amusement of her fans, mainly because it revealed an interesting slice of her life with ex-husband Gabby Concepcion.

The movie, her third film with Christopher de Leon, known by his nickname Boyet, was shown on November 25, 1985.

It was also the first movie she made after after giving birth to KC, her daughter with Gabby.

In her post on December 2, 2020 via Instagram, Sharon wrote, “I am watching ‘Kailan Sasabihing Mahal Kita’ now, my first movie after I had given birth to Maria Kristina Cassandra. I was nineteen!

“My third with Christopher De Leon (the first wasn’t really a full movie. Viva asked Boyet to do a cameo in my ‘Bukas Luluhod Ang Mga Tala’ before I got married to see if Boyet and I had on-screen chemistry together! Then we did ‘Bituing Walang Ningning!’)."

The Megastar, perhaps feeling naughty, then opened up about an untold story from her previous marriage—when Gabby saw red as he watched his young wife and Boyet kissing on screen.

Looking back and laughing, Sharon further shared, “Then-hubby was so upset at the ending’s kissing scene that I had to beg Viva to cut it just before Boyet’s & my lips touched!

To add more spice to her story, Sharon even called Christopher her “original crush!”

"At Cebuana nga pala ako dito. Nagbibisaya ng konti lang. And it was directed by the great Eddie Garcia.

"Also starred me with my Cherie Gil and some of the best actors of their generation. Theme song written by George Canseco, sung by yours truly.

“Only the very best of everything from Viva. I am beyond grateful. God has been so good to me. (At ampogi ni Christopher talaga maryosep!)”

Sharon also tagged Christopher and his wife, Sandy Andolong, on her post.