The Pinoy storyteller behind Disney movies Up, Inside Out 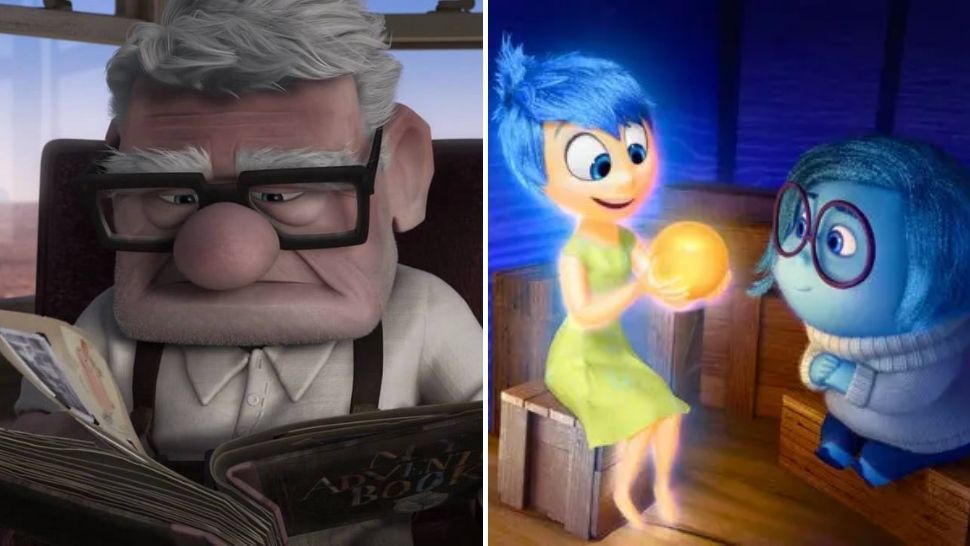 Filipino storyteller Ronnie del Carmen (not in photo), who is one of the minds behind the hit Disney Pixar films Up and Inside Out, shared how his experiences in the Philippines led to some of the most pivotal moments in these movies.
PHOTO/S: Pixar

Oscar-nominated Filipino storyteller Ronnie del Carmen made headlines after his big move from Pixar to Netflix, where he will reportedly be developing an original animated film based on Philippine mythology.

The filmmaker, director, and artist has been a respected veteran in America's animation industry for years, first at Warner Bros Animation, then at Dreamworks, and most prominently at Pixar.

The Cavite-born animator was one of the minds behind some of the greatest modern stories of our time: Finding Nemo, Up, Coco, Toy Story 4, Inside Out, and much more.

It's no wonder he was nominated for his work on Inside Out, and why Netflix was so quick to settle a deal after he exited Pixar.

His massive success has made him an inspiration to aspiring Filipino animators as his journey to Dreamworks and Pixar hits close to home—literally.

Del Carmen was born in Cavite, earned his Bachelor of Fine Arts in Advertising from the University of Santo Tomas, and worked as a director in local campaigns.

After his move to the U.S. in 1989, it was the Philippines that still inspired his stories.

In an interview with Cartoon Brew, del Carmen said his experiences in the country led to some of the most pivotal moments in the hit animated films The Prince of Egypt, Up, and Inside Out.

The Prince of Egypt

In del Carmen's first big introduction to feature animation, he drew on memories from his childhood to create a scene that emphasized the brotherhood between Rameses and Moses.

"I was remembering my childhood in the Philippines when my younger brother Rick and I would sneak out of the house after lunch. Soon we both hear our mom yell our names out loud. She's on to us, and we're in trouble. But she does not look up to see us in the tree. We were getting away with something!" shared del Carmen to Cartoon Brew.

He used this memory to shape the brotherhood between Moses and Rameses. When, as adults, the royal court couldn't find Rameses, Moses goes to the place he and his brother hid as children, knowing just where his brother would be. It was at this moment that del Carmen knew that his job wasn't just to draw, but to tell stories—particularly his own.

An even more personal memory inspired a touching scene in Up where the main character, Carl, looks through a photo album and remembers his late wife Ellie.

In fact, a lot about Carl was inspired by del Carmen's own father who was in hospice and could no longer speak after years of hospital visits and surgeries.

"I'd sit on his bed and tell him I was working on a movie where the hero is an old man with a head full of white hair, just like him. He also wore dark rimmed glasses. I showed him my storyboards on my laptop. He'd see Carl and his eyes would 'smile' and he'd attempt to speak but nothing would come," shared del Carmen.

It was his father's expressions, which he could only express through his eyes, that shaped this part of Carl's personality.

"I used that wordless sequence to feature my father as the inspiration to tell Carl's story where he remembers a life through pictures," said the filmmaker.

Just as being a brother inspired his contributions to The Prince of Egypt and being a son shaped his work in Up, it was del Carmen's experiences and emotions as a father that pushed forward Inside Out, which he co-directed with Pete Docter, whose own daughter was entering adolescence while they were making the movie.

The film, as we all know, is about emotions, change, and maturity—all things that can be challenging to kids and parents.

That's why the two realized that the central characters of the film were the emotions that dealt with the complicated matter of growing up and watching someone grow up: sadness and joy.

"The parent role in all this is about the lament of losing your little girl when she grows up. She changes and will never come back, not in the same way. She does not return to that idyllic time when we were the center of our children's life. We did it to our parents. Now it's our turn. That is the heart of Joy's story," said del Carmen.

Now that del Carmen is at Netflix, he'll be bringing his brand of storytelling to the streaming platform. There's already a Filipino folklore feature in the works, and we can't wait for everything else the filmmaker has in store for his audience.