ABS-CBN Films' Four Sisters Before The Wedding and Hello, Stranger to stream on Netflix 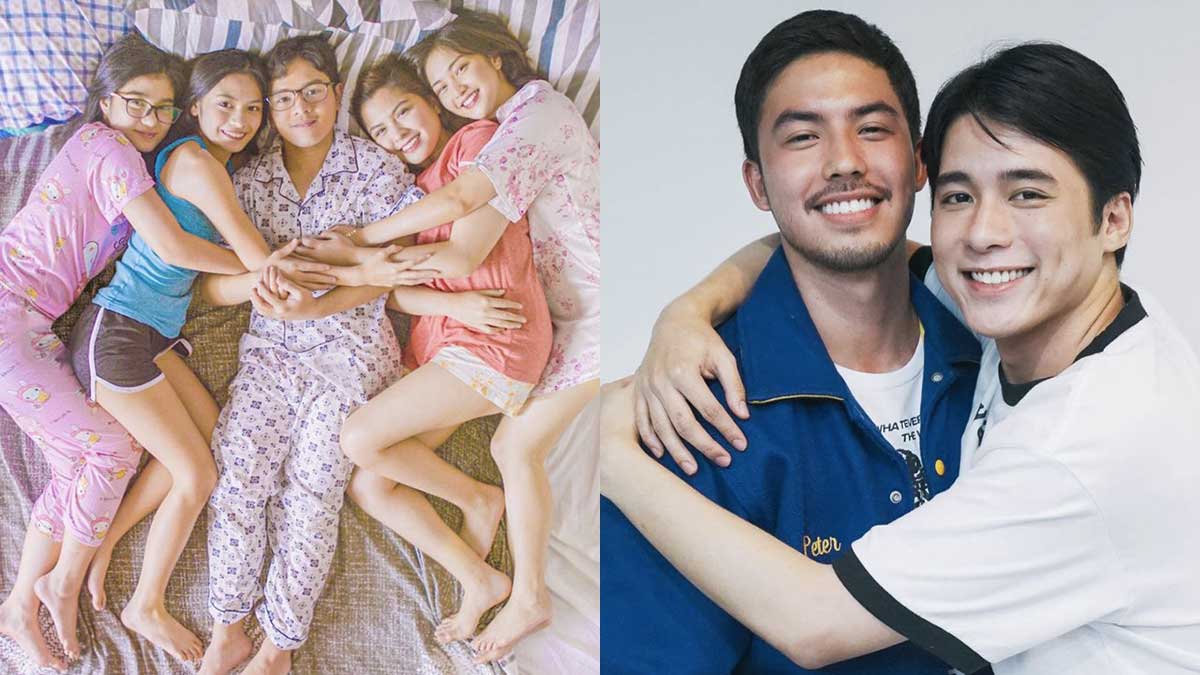 ABS-CBN Films continues to do movies despite the closure of cinemas due to the COVID-19 pandemic.

They are intended for limited showing in various pay-per-view (PPV) screening platforms.

Two of the movie projects it has completed are now available on Netflix.

These are Star Cinema's Four Sisters Before the Wedding and Black Sheep's Hello, Stranger.

FOUR SISTERS BEFORE THE WEDDING

Four Sisters Before the Wedding, the prequel movie to the hit 2013 movie Four Sisters and a Wedding, premiered on Netflix today, April 16, 2021.

The film is set in 2003, ten years before the events that transpired in the 2013 movie, with Charlie, Alexa, Gillian, and Belle playing the teen versions of Toni Gonzaga, Bea Alonzo, Angel Locsin, and Shaina Magdayao, respectively.

Four Sisters Before the Wedding premiered on December 11, 2020 and was shown in various PPV platforms on cable and online: KTX, iWant TFC, Sky Cable PPV, and Cignal PPV.

It also had a limited cinema screening in CityMall and SM Cinemas in the provinces under modified general community quarantine. 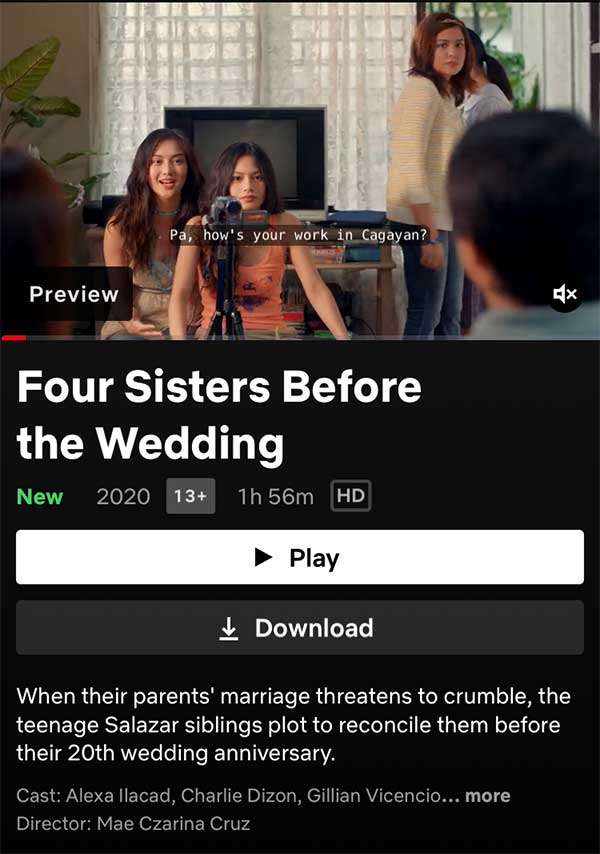 Hello, Stranger, the hit Boys' Love (BL) series starring Tony Labrusca and JC Alcantara, will be shown on Netflix starting on May 10, 2021.

The series was first shown on June 24, 2020 on Black Sheep's YouTube channel and in ABS-CBN's streaming platform iWant TFC.

It tells the story of two boys—Mico (JC) and Xavier (Tony)—who got closer while working on a school project online during a lockdown.

The success of the eight-week series spawned a movie sequel called Hello, Stranger: The Movie, which was shown as Black Sheep's Valentine offering for 2021. 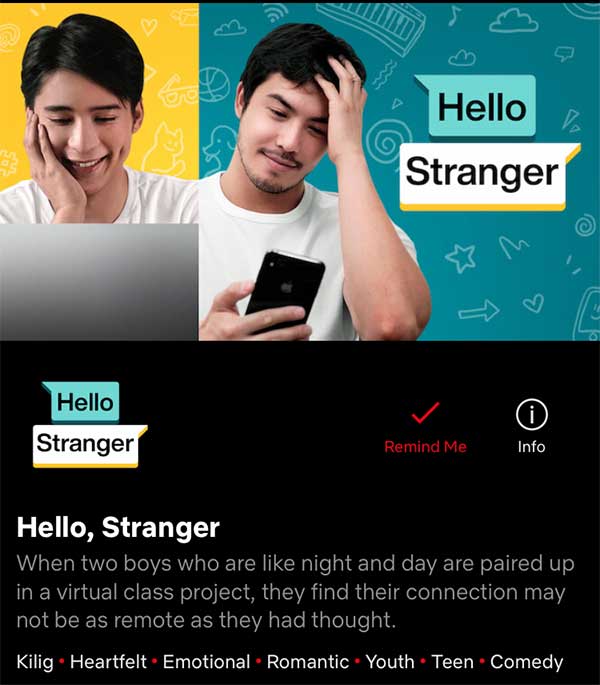