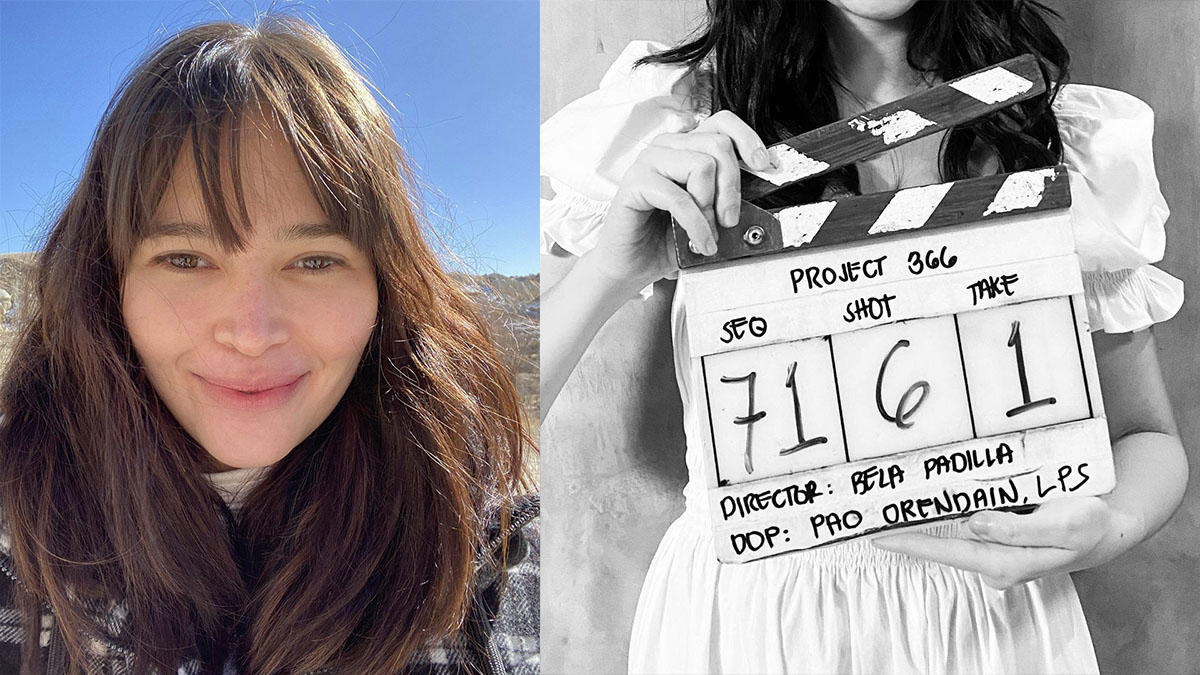 Actress Bela Padilla makes her directorial debut in the movie she herself wrote and will star in.
PHOTO/S: @belapadilla on Instagram

Bela Padilla is excited about the movie 366.

Aside from being its scripwriter, it also marks her debut as a film director.

Bella stars as the lead actress, with Zanjoe Marudo and JC Santos as her leading men.

At the digital press conference of the Nespresso Talents 2021 filmmaking competition last April 20, 2021, Bela revealed how the movie has become even more relevant when the pandemic happened during its filming.

She said, "It’s such a surprise for me, and I think everything is falling into place because 366 is a movie I wrote before the pandemic about something happening in the leap year.

"So the movie revolves around the theme of having one extra day, an extra day to live, to forget, to cry, to love, to live your life, basically.

"And then the pandemic happened.

"I saw the film changed. I started to see that having every day be extra important is now a way of living for all of us.

"It's now our reality. So the film made more sense to me and made more resonated [with] me so much more.

"And I also think it falls under the theme of Nespresso's that doing is everything and now, every chance we get to wake up, definitely, we owe it to ourselves to do everything."

Bela finished filming the movie three months ago, and in a post on Instagram last February 7, 2021,the 30-year-old actress/writer/director thanked everyone who took part in it.

Part of her caption read, "Every person on our team pulled through and moved as safely and efficiently as possible. It is my first time to shoot a film with half the crew we worked with before the pandemic, but we did it, and it’s possible."

Bela wrote, "Direk Ayrin, thank you for guiding me and for being such a positive mentor. I felt so comfortable and at ease because I knew you were with me every step of the way.

Bela also took the time to thank every member of her crew.

Toward the end of the post, she gave her lead actors Zanjoe and JC a shout-out.

She wrote, "You two have always been my favorite actors to have worked with and saying yes to doing this project made me want to do this better, even more.

"I was blessed to have worked with you two again and I hope I met your expectations because you both clearly have met mine, and then some.

“Thank you for the trust and support, I will remember this kindness forever. God bless team 366!!!! Thank you everyone, now, to the next chapter."

Bela is yet to announce when the movie will be released.

During the digital press event, PEP.ph (Philippine Entertainment Portal) asked Bela what has kept her going during the creative slowdown brought on by the pandemic.

She said, "Like Pepe [Diokno, director], I was actually mentored by Sir Ricky Lee and he gave this really good advice...Obviously you love your job so much. I personally love acting and writing and now directing so much. But also, remember that end of the day, it's still your job.

"So you have to set a deadline for yourself, I guess, and even on days that you're uninspired, you have to sit in front of your... whatever you're writing, materials you use, to just really write the page down.

"That helped me so much because there are times before that I would make excuses for myself.

"Like, if it felt like an off day, I just immediately think, 'Okay, I have creative block so I can't help myself with this, I'll write another time.'

"I really try to put down what I'm thinking."