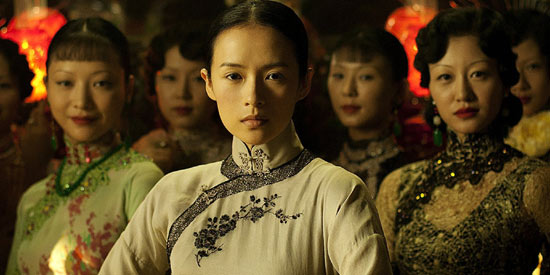 The Grandmaster, starring Zhang Ziyi, is included in the lineup of the 2015 Spring Film Festival. Thsi Wong Kar Wai epic movie is one of the films to be screened for free from February 13 to 22, 2015 at the Shangri-La Plaza Cineplex.

The 9th Spring Film Festival ushers in the Chinese New Year with six thought-provoking and feel-good films from February 13 to 22, 2015 at the Shangri-La Plaza Cineplex.

Sidney Bata, director of Ateneo de Manila's Ricardo Leong Center for Chinese Studies, told the press in an interview that the films were chosen based on a survey which said that Filipinos prefer feel-good fare.

“As you could see in recent film festivals like the MMFF [Metro Manila Film Fest], Filipino audiences prefer films that leave them with a smile in the end,” Bata said. “This year, we have a mix of comedy, romance, family drama, animation, action, and even cyber phenomena.”

Headlining this year's festival is Caught in the Web, a drama that explores the social and ethical effects of social media and cyber bullying. This film by Chen Kaige, who won the 1993 Cannes Palme d'Or for Farewell My Concubine, was screened at the Toronto Film Festival in 2012 and selected as the Chinese entry to the 85th Academy Awards.

Hailed by critics as an engrossing social drama, Caught in the Web poses questions about the power of social media to make and break individuals, regardless of their stature in society. It also shows the vibrancy and dynamics of cyber activities in China, where netizens use real names in online interactions.

Another big name that will feature in this year's festival is Hong Kong filmmaker Wong Kar Wai with his epic action The Grandmaster, starring Tony Leung and Zhang Ziyi. The epic follows the life of kung-fu master Ip Man, famous for teaching Bruce Lee.

Meanwhile, police drama Beijing Blues tells the story of a veteran detective who sets out to hunt his most elusive prey yet.

The festival serves a hearty dose of feel-good films such as Love Deposit, a romantic comedy about a café called “Bank of Love” where people can record what they want to say to their lovers.

Meanwhile, the family drama Sunlight on Fingertips explores the dynamics of parents who seek their fortunes in cities and leave their children in the Chinese countryside, a theme that runs parallel to the stories of overseas Filipino workers.

China will also never be left behind when it comes to animation, as this festival presents Legend of Kung Fu Rabbit, the country's first internationally-released animated film.

The schedule of the 9th Spring Film Festival is as follows:

8:00 PM The Grandmaster (by invitation only)