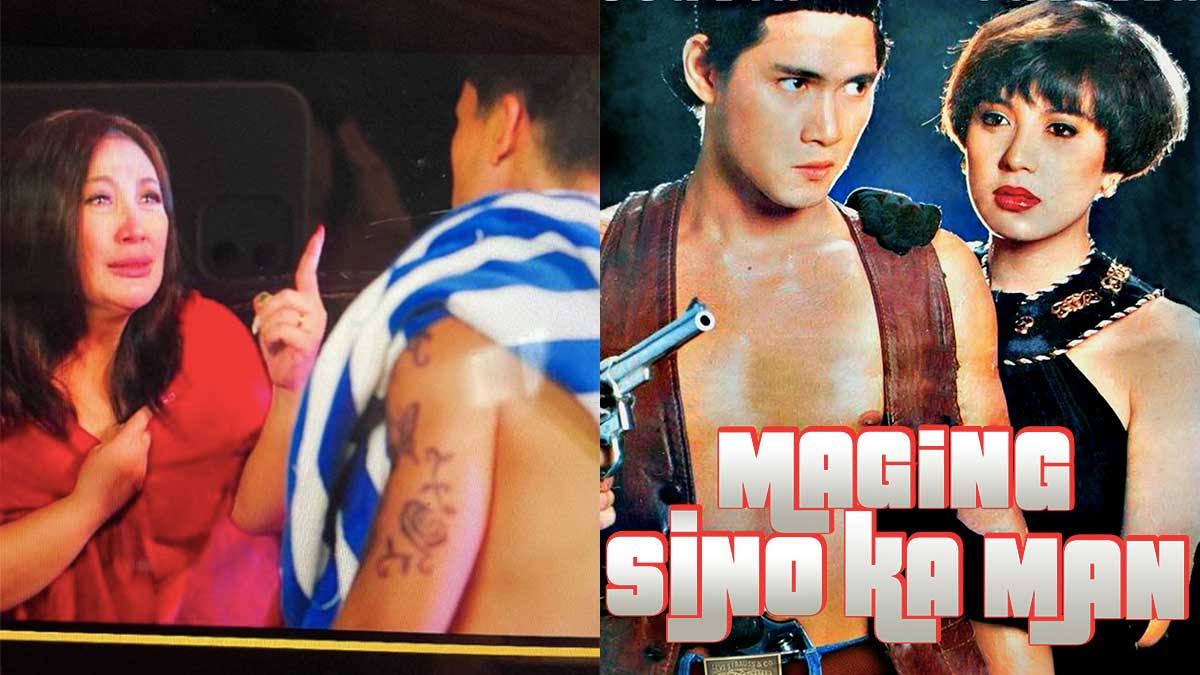 Sharon Cuneta on Revirginized: "Except for 'Maging Sino Ka Man,' I don’t think I’ve ever watched one of my own movies this many times since it started showing!"
PHOTO/S: @reallysharoncuneta on Instagram / Maging Sino Ka Man poster

Sharon Cuneta has done over 60 films.

And after viewing her latest movie, Revirginized, several times, she could recall only one other movie she made and watched many times over.

On August 9, 2021, Sharon said on Instagram she has been watching her latest movie Revirginized "many times" since it started showing on VivaMax.

According to Sharon, she has not done this in her other past movies except for Maging Sino Ka Man, which was shown in 1991 with Robin Padilla as her partner.

Sharon wrote in her caption, "Except for 'Maging Sino Ka Man,' I don’t think I’ve ever watched one of my own movies this many times since it started showing!"

Revirginized opened via VivaMax on Friday, August 6. It quickly emerged as the top content of the streaming platform.

This is also the first time that Sharon is portraying a frankly sexually charged, goofy character in a movie.

She said in her August 4 media conference, “From Dear Heart, always the simple, the true, the good, the beautiful, the wholesome, the sweet, the matino, the disente, you know.

“But I said, after more than 60 movies actually, medyo I think I have already earned the right to play around and experiment with other roles.

“And, you know, at my age especially, a role like this comes along, written by the genius Direk Darryl Yap."

Sharon is paired with Marco Gumabao in the film.