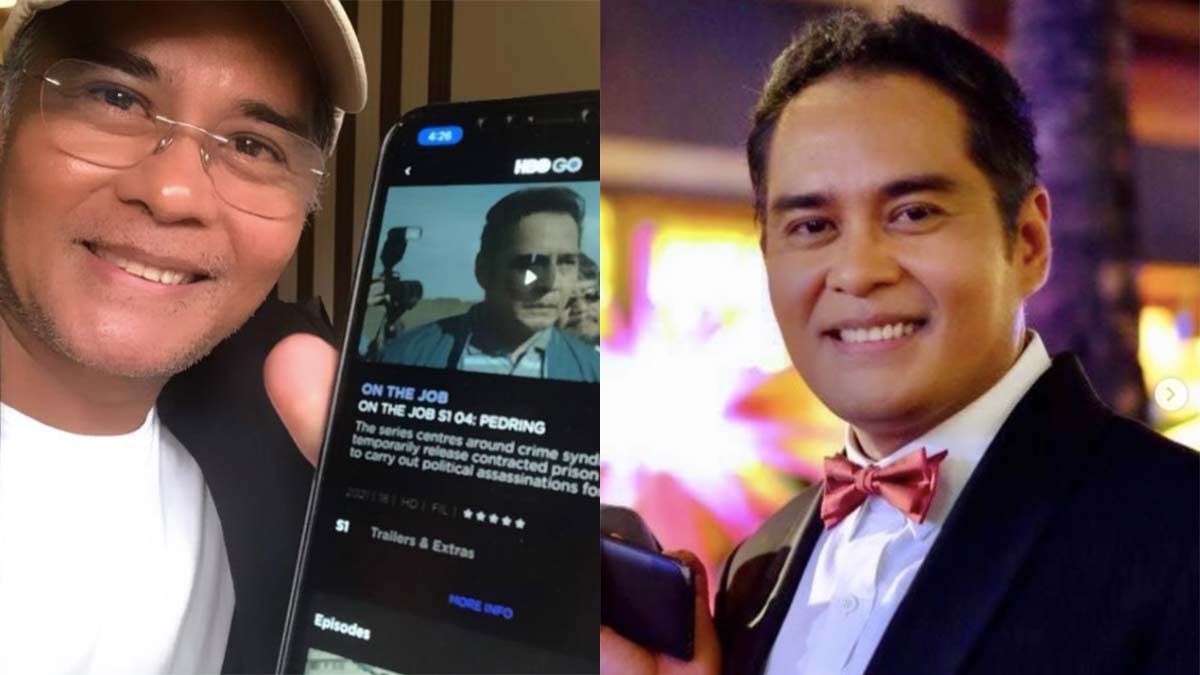 John Arcilla on the up and up after doing the movie Heneral Luna, way before being named First Filipino to win the Volpi Cup for best actor at the Venice Film Festival.
PHOTO/S: @johnarcilla on Instagram

John Arcilla will not accept projects he is not sold on even if the offer is good, but he will do it for a friend.

Never has he done any project for “pera-pera lang.”

Although “money” is always part of a deal, friendship and prestige are foremost in the order of importance to John when considering a proposal.

It was the advice of his Star Magic mentor Lauren Dyogi that he has taken to heart.

John recalled to select media, including PEP.ph (Philippine Entertainment Portal), the words of Lauren to him.

“It is lucky for you as an actor to have those three in one project: friendship, prestige, and money,” said John at the press conference held by Star Magic on September 10, 2021, for the series OTJ: On The Job 2.

FOR FRIEND AND CACHET

Doing it for a friend could be awkward at times, but the Coppi Volpi best actor awardee has found a way around it.

“You know what will I do, hahanapan ko iyon ng isang interesting na bagay doon sa character ko o sa story na iyon, which I can expand and explore.

“I’m going to embrace that and share it to that friend that maybe we can do this, maybe I can do that, and then successfully, nangyayari naman.”

All things considered, John said it makes him feel good.

An actor's actor, John is not one to be lured by money into doing a mediocre project.

And speaking of talent fees, John cheerfully reported that negotiations have improved since he played the lead role in the 2015 biopic Heneral Luna.

“I’m happy to tell you na producers din naman ay aware of that na we are not just doing something here.

“Since they think na I can actually do the requirements, so somehow sila na iyong nag-o-offer, hindi na ako namimilit or nagha-haggle.”

John, in fact, can expect bigger offers, being the first Filipino to win the coveted Volpi Cup for best actor at the 78th Venice International Film Festival for his performance in the movie OTJ: On The Job 2.

The series OTJ: On The Job 2 is currently streaming on HBO GO.

aiming to show what filipinos can do for the world

During the press conference, which was held a day before Johh won the Volpi Cup on September 11, he was vocal about wanting to achieve more in his career.

“Panahon pa lang ni Rizal, we are all over the globe and we are actually showing the things what Filipinos can do.

"Hindi naman siguro tayo makakagawa ng project na ganun if they think I cannot submit or I cannot do the requirement.”

Out of curiosity, PEP.ph asked was there ever a time when John felt he was not “magaling.”

John was candid and humble at the same time: “Lagi namang ganoon.

"Laging pumapasok iyan even in all the films that I’ve done looking back, 'Sayang sana ginawa ko iyan.'

“Minsan per scene, sometimes a certain part of the scene, I should have done that.