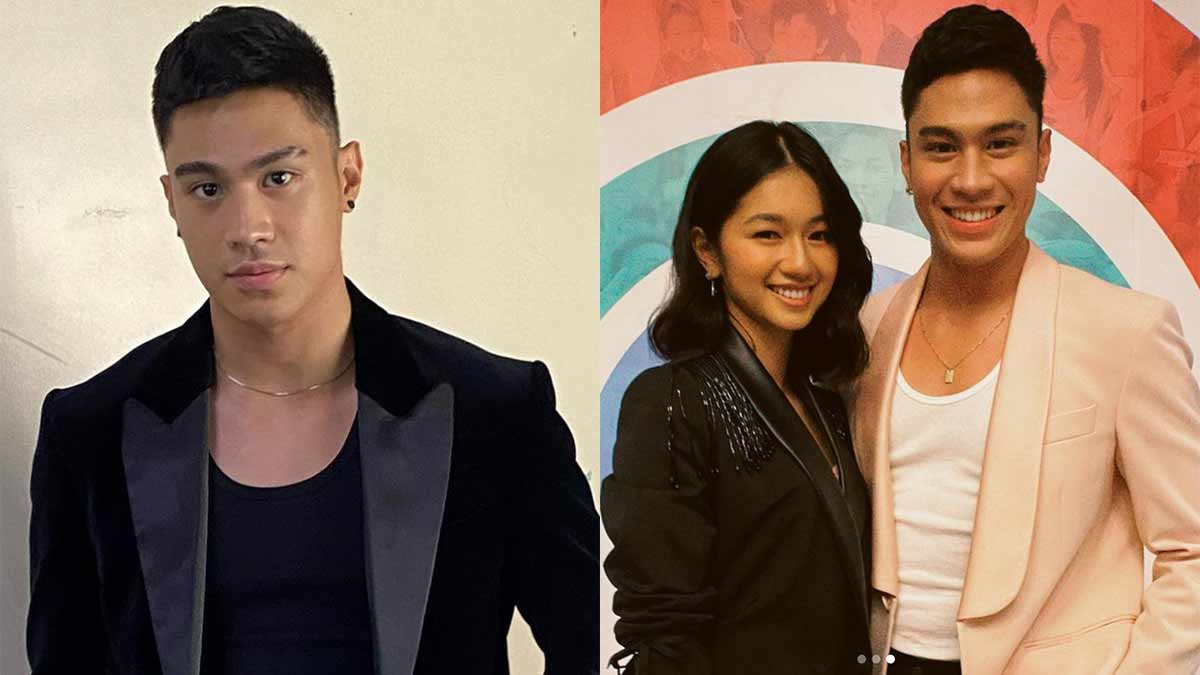 Jeremiah Lisbo considers himself blessed after being cast in his first-ever movie.

He stars in Love At First Stream, Star Cinema's entry to the 47th Metro Manila Film Festival (MMFF). The film is in collaboration with streaming app Kumu.

When asked what the movie means to him, Jeremiah became a bit emotional.

Jeremiah was chosen to replace Rhys Miguel in portraying Gino, the heartthrob and one of the four main characters in the MMFF movie. He was cast after playing an important part in the film Love Is Color Blind, headlined by Donny Pangilinan and Belle Mariano.

In a media conference held on December 14, 2021, Jeremiah expressed his gratitude to the management.

Through an Instagram post on October 25, ABS-CBN Films announced that Jeremiah will be stepping in for Rhys, who was originally Kaori's partner in the movie.

The statement said that Rhys "will no longer appear in the project due to personal matters."

During the media conference, Direk Cathy answered why Rhys had to leave the project.

She explained, “Well, tulad ng inilabas ng ABS-CBN na statement and Rhys himself, meron lang personal matter that he needed to attend to and he chose to leave the project.

JEREMIAH ON WORKING WITH KAORI OINUMA

Love At First Stream is Jeremiah's second team-up with Kaori.

They were first paired in the TV5 and Brightlight Productions series Love On Da Move, which was also co-produced by Star Cinema. It was supposed to air in March 2021, but has not yet aired until now.

They also worked in the ABS-CBN youth-oriented series He's Into Her but they were not love-team partners.

Jeremiah—or Miah to his friends and colleagues—is just happy that he was able to work with Kaori again in Love At First Stream.

On a serious note, Kaori was glad about the way her accidental pairing with Jeremiah turned out, giving credit to Direk Cathy.

Love at First Stream, along with seven other MMFF entries, is now showing in select cinemas.