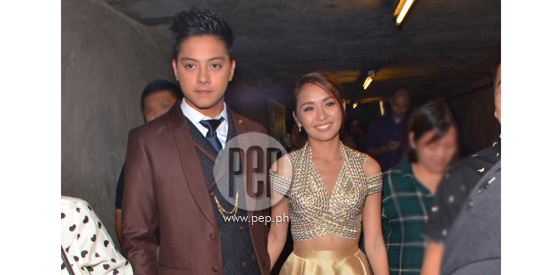 The Kathniel tandem continues to be strong crowd-drawers in the box-office.

This was confirmed by Star Cinema AdProm Head Roxy Liquigan in a text message sent to PEP earlier today, March 5.

Directed by Mae Cruz-Alviar, Crazy Beautiful You revolves around a rebellious young girl named Jackie who is influenced by a responsible young man named Kiko.

This Star Cinema movie was able to reach this box-office figure eight days after its opening day.

It was previously reported that the movie, which also stars Gabby Concepcion and Lorna Tolentino, earned P38 million on its opening day last February 25.

In a recent interview on Aquino and Abunda Tonight, Daniel and Kathryn were asked if they’re better actors or actresses now after experiencing challenges in their lives.

What is the story all about?

In the movie, Iñigo Pascual (the son of Piolo Pascual) served as the third party in the budding romance of Jackie and Kiko.

(To read movie review of Crazy Beautiful You, CLICK HERE)