On The Job: The Missing 8 is Erik Matti's "angriest" masterpiece 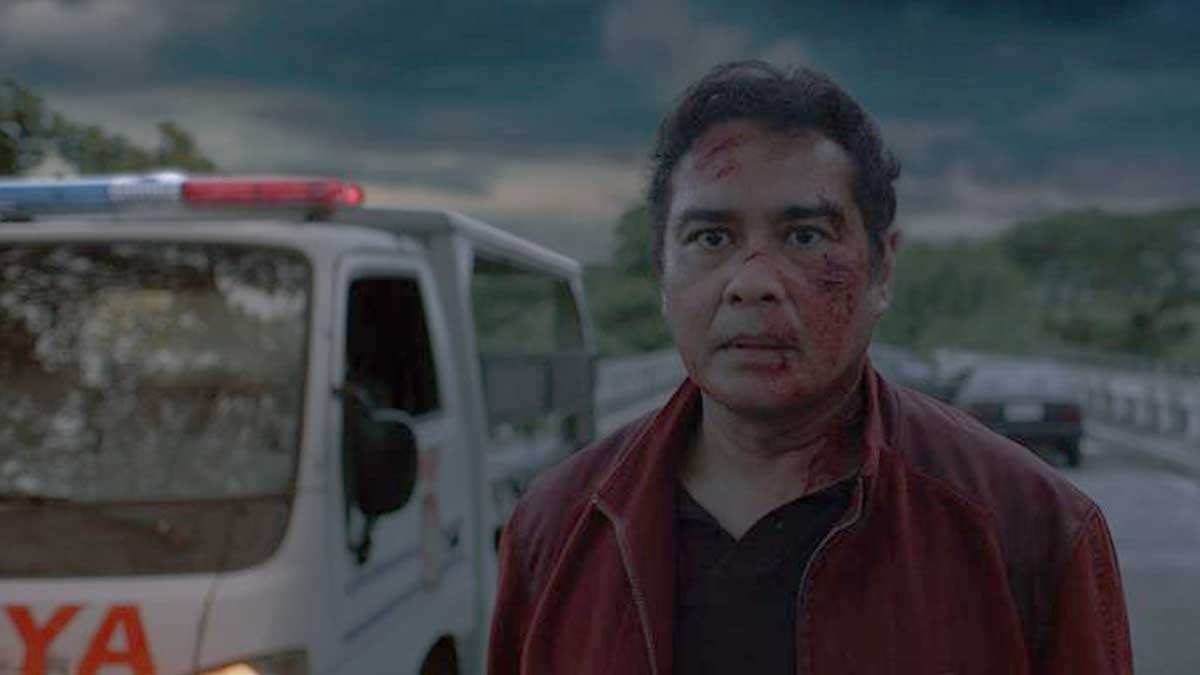 John Arcilla portrays Sisoy Salas, a sleazy reporter who is compelled to lead an investigation to locate the whereabouts of his missing colleagues working for a newspaper. On the Job: The Missing 8 also stars Dennis Trillo, Dante Rivero, Leo Martinez, and Lotlot de Leon.

The striking similarities in the circumstances surrounding the real-life murder of a hard-hitting broadcaster and On the Job: The Missing 8 eerily bring to mind Oscar Wilde’s “life imitates art” maxim.

In the film, sleazy reporter Sisoy Salas (John Arcilla) is compelled to lead an investigation to locate the whereabouts of his missing colleagues.

Meanwhile, Roman Rubio (Dennis Trillo) is among a few select inmates routinely released from prison to perform assassinations upon the orders of local authorities.

Suspicions are rampant, including accusations that town mayor Pedring Eusebio (Dante Rivero)—with whom Sisoy enjoys a friendly, financially rewarding relationship—has something to do with the case.

This puts Sisoy in a bind: Is he willing to risk his cozy association with powerful people in his quest to solve the mysterious disappearance?

John excels in his portrayal of journalist Sisoy, who is forced to suddenly confront his ethics and revert to his old self as a media man.

As the story flows, the change in Sisoy's disposition from a sociable videoke-loving dad of two to a frazzled man burdened by his conscience shows vividly.

Dennis, too, is worth commending for his take on Roman.

He is both a villain and a protagonist, though viewers may find themselves sympathizing with this young, impressionable inmate with a mullet hairstyle and crooked nose.

The Kapuso actor accentuates the suspense meter as tensions rise to a fiery, heart-stopping conclusion.

Though their circumstances and status are miles apart, the parallelism between Sisoy and Roman is striking, with both men grappling to get hold of their moral compass as their worlds unravel.

Kudos to all cast members as well—rom Dante’s depiction of the mercurial Mayor Eusebio, to Lotlot de Leon’s take on the courageous and red-tagged journalist Weng to the deceiving General Pacheco portrayed by Leo Martinez.

On the Job: The Missing 8 benefits greatly from its use of gritty cinematography to depict the bleak, politically-charged plot.

The claustrophobic camera angles work perfectly, especially in the prison scenes, which show inmates sharing cramped spaces as they really do in our penitentiary system.

In its review, Variety takes note of Martin Scorsese’s influence on the film, with its heavy use of music meandering from schmaltzy ballads like “Delilah” by Tom Jones and “Balatkayo” by Anthony Castello; to off-beat OPM tunes such as Yoyoy Villame’s “Hayop na Combo,” Fred Panopio's “Pitong Gatang,” and Wally Gonzales’ “Wally’s Blues."

The music adds another layer of humor and danger to each scene, something that never lets up from start to finish.

No doubt, On the Job: The Missing 8 is a social commentary brimming with undertones that expose lingering society ills, such as corruption, political dynasty, and the palakasan system. It also brings to light present maladies like proliferation of fake news and disinformation that continue to corrode the country’s moral fiber.

The film packs a strong punch, complete with car chases, surprising plot twists, and brutality—all well-thought and within the plot’s context and not thrown in on a whim.

The confrontation scene between Sisoy and Mayor Eusebio, in the end, is epic and relatable in today’s social media-driven world.

Erik said this is perhaps his angriest film to date, and it’s easy to understand why.

The PEP REVIEW section carries the views of individual reviewers, and does not necessarily reflect the views of the PEP editorial team.
Read Next
Read More Stories About
On the Job, On The Job: The Missing 8, Erik Matti, John Arcilla, Dennis Trillo, greener, movies
PEP Live
Post a Comment
Featured
Latest Stories
Trending in Summit Media Network