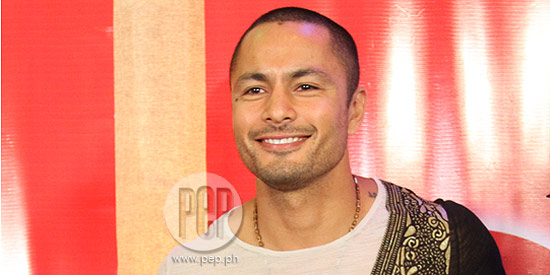 Derek Ramsay says there are plans to do a sequel of English Only, Please.

Just like in English Only, Please, Derek gets another role that was initially slated for Sam.

This time, the TV5 actor is the lead star of Friends with Benefits, a movie that will also feature ABS-CBN actress Coleen Garcia.

It will recalled that English Only, Please was supposed to star Sam but the role eventually went to Derek.

The Kapatid actor's portrayal of a balikbayan in English Only, Please earned for him an acting award in the Metro Manila Film Festival last year.

When asked about this development, Derek said, “I guess Sam has reasons for not doing the project. I don't know why.

“But to be a second choice, it's fine with me, I'm happy that the project came to me.

“Kailangan ko na lang buhayin 'yon, and that's where you put in your talent and you bring that character into life.”

ENGLISH ONLY, PLEASE SEQUEL? Since his MMFF movie with Jennylyn Mercado was very successful, Derek was asked if there are plans to do a sequel.

He co-wrote this movie with Antoinette Jadaone, who is currently doing a teleserye starring James Reid and Nadine Lustre titled On The Wings of Love.

For Derek, it's better if it takes some time before they do a sequel of English Only, Please.

“Pahinga muna from the success of English Only, Please,” he said.

“It's very rare when the sequel is better that the first so, we can't rush it.

“Let's have those creative minds work a little longer para they can come up with something new.”

Aside from these movies, Derek also has possible movie projects with Anne Curtis, Kris Aquino and Eugene Domingo.

TV5 is also planning to make a movie version of his previous mini-series with Angel Aquino titled Bawat Sandali.