"Tirador" to be shown in Sydney Film Festival this June 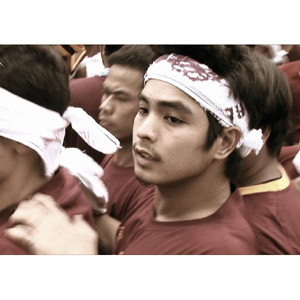 Tirador is Dante Mendoza's sixth film in two years. This indie film starring Coco Martin (in photo) has been chosen to take part in the 55th Sydney Film Festival to be held from June 4 to June 22.

Fresh from its victory at the 21st Singapore International Film Festival last April 13, Tirador (international title: Slingshot) gains international prestige once more when it is chosen to take part in yet another international filmfest. This social-realist film shot in the slum areas of Quiapo will represent the Philippines in the 55th Sydney Film Festival to be held on June 4-22.


In the official website of the 55th Sydney Film Festival, the organizers described Tirador as follows:

"Filipino director Brillante 'Dante' Mendoza's sixth feature film in two years plummets headlong into a Manila slum, the camera hot on the heels of a police raid in a truly extraordinary opening sequence. Achieving a perfect interplay between the flexibility of digital shooting, the labyrinthine architecture of the squats and the multiple stories of the gang of hustlers and thieves it follows, the true brilliance of this film is to be found in its seamless staging."

Tirador opens with a police raid of a building in the Manila slums where a young boy witnesses his father's death. As the story develops, it gives a glimpse into the intertwined lives of Quiapo residents, including small-time crooks, pedicab drivers, prostitutes, and even school kids during the chaotic events of Holy Week and the local elections.

Dante Mendoza has become a recognizable name in the Philippine independent film industry as well as abroad with his previous works, such as Foster Child (2007), Manoro (2006), Kaleldo (2006), and his directorial debut, the 2005 film Masahista. Dante's newest indie film Serbis will be one of 20 films that will compete in the 61st Cannes Film Festival. This makes Direk Dante the second Filipino director to compete in Cannes, next to the late National Artist Lino Brocka whose films Jaguar (1980) and Bayan Ko: Kapit sa Patalim (1984) were given this honor.

The Sydney Film Festival is one of Australia's pre-eminent showcases for contemporary cinema. This 17-day film fest started showcasing films from around the globe starting 1954.