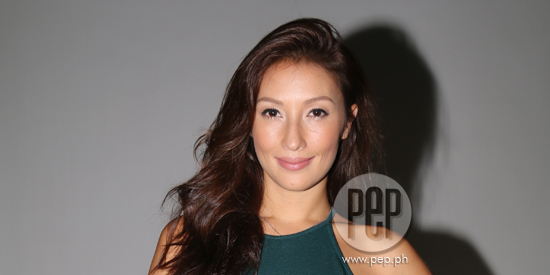 Solenn Heusaff says her new indie film Flotsam will showcase the beauty of the Philippines since it was shot in La Union. Rocco Nacino will serve as her leading man in this indie film directed by Jay Abello.

Solenn Heussaff will soon star in an indie film titled Flotsam, which is directed by Jay Abello.

In an exclusive interview with PEP.ph (Philippine Entertainment Portal), Solenn said that the movie will also showcase the beauty of the country since it was shot in La Union, particularly in the resort Flotsam & Jetsam, where the movie is set.

“The movie, well basically it’s about love, different kinds of love, people, how they deal with certain situations.

“Of course in this movie, we also want to showcase how beautiful our country is as well, to show how La Union is a very nice place to go to if you just get lost and go want to find yourself if you wanna run away from problems.

The movie will also tackle surfing, a popular sport in La Union.

“And there’s also surfing, which would…people should take up and…show them that even if you’re a beginner, don’t be scared, kaya mo 'yan.

“Kahit anong age, kahit anong fear mo, you can try it and you would be able to do it.”

Solenn also revealed that they finished shooting the movie last May.

“Pero since nasa beach, kahit puyat, you wake up and there’s a beautiful sunset, you’re still shooting and you see the sunrise, yung ganon.

She also shared that they did the movie with no make-up.

COLD FEET. Solenn also shared that she will be playing a bride-to-be who will get cold feet in the movie.

“She has always done things on her own, and she’s about to get married so newly-engaged siya.

“[She] has cold feet kasi she’s like ‘Oh no, from this day on, I’m gonna have to take care of this person for the rest of my life.’

“Of course, I think anyone who’s about to get married, it goes through their head, all those questions.

“‘Will I be a good wife?’ She kinda freaks out in this and decides to leave the city to visit her friend Mia who’s Carla Humphries, who owns Flotsam & Jetsam [resort].

“[So] instead of staying for two days, [my character] stays for a long time.”

She explains further the plight of her character, citing real-life situations that can happen to anyone.

“Parang you know, when you’re stuck up in the hustle and bustle of the urban life and you’re stuck with the daily routine all the time.

“So her going to La Union is kind of exploring herself again, exploring who she is, the things she used to enjoy.

“Magkakaroon siya ng something sa La Union, it’s kind of letting go, letting lose for the first time in a long time, and come to some kind of realization.”

But she pointed out that she didn't need to take up lessons since she already tried surfing a long time ago.

“Then recently, [I] did it for Taste Buddies, yung show namin ni Iya [Villania on GMA News TV] ngayon. It was surfing in Baler, so we tried that, pero 20 minutes lang kasi siyempre for taping lang.

“Tapos when we shot this one, beginner naman ako sa movie so okay lang, and I practiced on flat waves para people can see you can do it.”

She also said that she used her free time during the taping to practice surfing.

“And this time since may mga free days ako kasi two days straight kami nagshoot, as in 6AM to 6 AM [everyday] non-stop.

When Solenn was asked about her working relationship with Rocco, she said, “We did Akin Pa Rin Ang Bukas together [but] I have like one scene with him in the entire teleserye. So eto yung first time talaga na kaming dalawa.”

Do they have kissing scenes in the movie?

The GMA-7 actress mentioned that she doesn’t have to speak to Lovi about it. Solenn also said it didn't feel awkward when it came to shooting their intimate scenes.

"No naman, we were all actors so we all know it’s all part of the job, so walang weirdness.

SOLENN THE SINGER. The Kapuso actress takes pride in performing songs for the movie.

“And it’s all original songs, all written by some of the owners of yung totoong Flotsam, very beautifully-written music.

She then gives a comparison of the songs being released now with the songs they had in the movie.

“Ito, it’s been a while since we haven’t had songs that tell a story, so lahat, siyempre naman yung refrain will always be a refrain.

“Everything is telling a story to someone. So it’s very intelligent writing.”