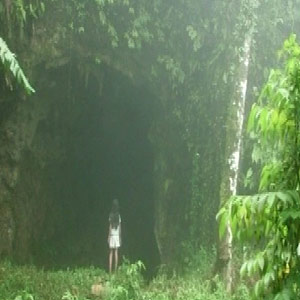 Cinema One shows its continued support for local filmmakers by choosing seven projects out of over 100 submitted manuscripts and concept storylines submitted for its annual digital filmfest.

The finalists for the 2008 Cinema One Originals are:

1) Dose, a sensual melodrama by award-winning writer and director Senedy H. Que. In the eyes of a child, love knows no age or gender. Dose is an intriguing yet heartbreaking tale of love and romance between a gardener and a 12-year old boy.

2) Director and writer Ruelo Lozendo helms Kolorete. In the time of friars and landlords, a town is mounting a tour de force performance to change the course of history.

3) Continuing his triumph in the independent and digital film circuit after the success of Huling Balyan ng Buhi in Cinema One Originals 2006, Sherad Anthony Sanchez directs Imburnal. This is a childhood drama set in the slums of San Antonio, Davao, where manhood and society are explored and become interspersed.

5) Rider and motoring enthusiast Karlo de Guzman writes and Jon Red directs Motorcycle. This family drama is a story of a motorcycle ride to Ilocos by a son, as instructed by his father. The main character's memories ironically run in reverse, slowly uncovering keys to their past.

7) Alon by director Ron Bryant and co-writer Raymund Gerard Cruz is a tender tale of love between a sad man and a lonely girl. Set in Agno, Pangasinan, the film is a meditation on love and the sea.

These seven movies were chosen for their uniquely diverse stories that are filled with promise. They will be brought to life on the big screen in the 2008 Cinema One Originals. Chosen from over 100 submitted manuscripts and concept storylines by a select group of panelists, each of the seven finalists will receive a P1 million grant to cover their entire production cost from filming to post-production.

Cinema One Originals is produced by Cinema One Programming, Incorporated.