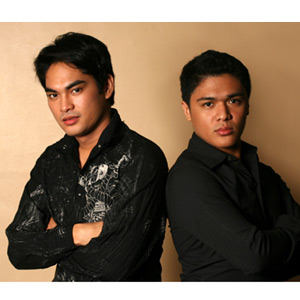 Nothing is what it seems in the film Sa Pagdapo ng Mariposa by director Will Fredo. The brewing love affair between Agustin Vergeire (Marcus Madrigal) and Carlito Mariposa (Josh Madrigal) is not the relationship that one might think it is. The plot makes several twists and reveals much in the end. Like Fredo's previous, critically acclaimed work Compound, this film has a surprise ending to watch out for.

In an interview with PEP (Philippine Entertainment Portal) he explains, "The audience is led into something that may or may not be true. That's part of the fun of watching, when things are slowly revealed and you figure things out. The thrill of filmmaking is the process of discovering, much like Josh's character Carlito. He takes the audience with him through that journey of self-discovery."

Fredo had no reservations about making the film because he believes that Filipino viewers are "smart enough to take it." He adds: "If you keep on feeding them the same thing in movies then that's when the industry stagnates."

Jake Macapagal plays Agustin's father Javier Vergeire. Javier drives his son hard to succeed in the sport of sepak takraw. When the young man suffers a debilitating injury from the sport, the whole family is affected. Lynn Sherman plays Isabel, the loving mother of Agustin.

Isabel meets a wedding planner whose daughter is dating a caregiver. Carlito Mariposa is a physical therapist-caregiver who helps Agustin recover from his paralysis. Flashbacks into Carlito's own troubled life reveal insights as to who he is. Fatima (Liza Diño) is the abused mother of Carlito who molds him into the person that he becomes.

The story takes a suspenseful turn when Isabel panics because she missed a call from Nel, her son Agustin's girlfriend. Not being around to take a call from her cell phone has dire consequences. The denouement shortly follows thereafter.

Liza Diño had an unforgettable seductive role as Romina in Compound. Here, she has the most dramatic scenes with her husband Berting (Miguel Castro).

In order to successfully tell the unorthodox story of Mariposa, casting the right actors for the roles was crucial. Producers and the director called for auditions and were lucky enough to find the talent they needed. Miguel Castro had the most intense scenes with Liza Diño. He plays the abusive husband who gets violent at a drop of a hat.

Miguel Castro has extensive theater experience since he is a board member of the Gantimpala Theater Foundation.

Liza Diño recently starred in Khavn Dela Cruz' Three Days of Darkness and has come out in several GMA-7 projects.

Lynn Sherman is an accomplished singer. She has toured the U.S., Canada and the Philippines with her band Ugoy ugoy and as a solo artist.

Director Will Fredo also does some camera work and editing. But it's his skill as a screenwriter that shines through in Mariposa. The best lines come from Carlito as he is narrating insights about his life. "Lalaki ang pinakamapalad na nilalang sa balat ng lupa...Katawan ng lalaki ay hinubog sa itsura ng Diyos. Kapag lalaki ang lumuha hindi ito kahinaan."

Fredo pointed out, "A lot of people love the script because there are layers. Simple lang yung storya but it's really the acting." The director explains that he prefers character-driven stories. And actors appreciate his style of allowing them to interpret the script as they understand it.

The filmmaker also reveals that they fully researched the sport of sepak takraw before writing the script and filming. During their consultation with the national team, they found out that there has been some international success. Featuring the sport in a movie is a way of generating interest for young viewers who might not be aware of native sports.