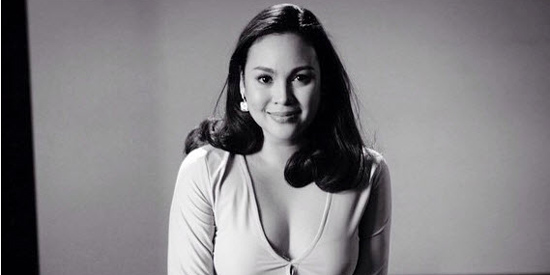 When the movie poster for Etiquette for Mistresses came out, there were some people who believed Claudine Barretto was not given enough importance in the billing, considering that this is her comeback movie.

Claudine said her role is fitting for her comeback, which was the main reason why she accepted the movie project.

“It was really challenging,” she told Kris TV host Kris Aquino during the September 7 episode.

“I really thought it was a really beautiful, beautiful role for my comeback.” 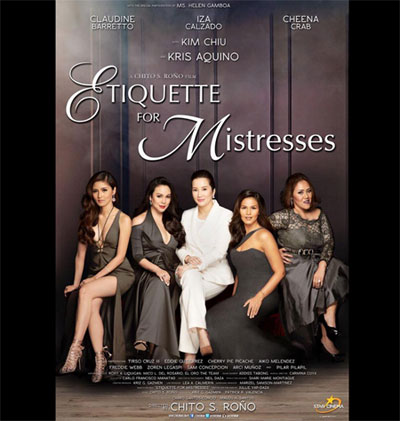 Kris described Claudine's character, Chloe, as a “nightmare mistress”—the mistress everybody would be afraid of.

Did Claudine have any hesitations about portraying this role?

The 36-year-old actress replied, “No. Gusto ko siya kasi it's challenging, anything that challenges me.”

KIM CHIU AS MISTRESS. If Claudine accepted this project because of her role, Kim Chiu said yes because of the story.

Kim also stressed that her role did not require her to be daring.

Kris said Kim's story in the movie is, “The journey of a girl na nagsimula sa jologs.”

“Because he's strict, he brings out the best in you.”

Etiquette for Mistresses is based on Julie Yap Daza's bestselling book of the same title.

Kris pointed out,“Reading the story, kung tutuusin, it's about the many faces of love.

“And it's about women love and the choices that women made.

“Parang sabi ko, if you're gonna do a project, do something that you know will gonna have an impact.”