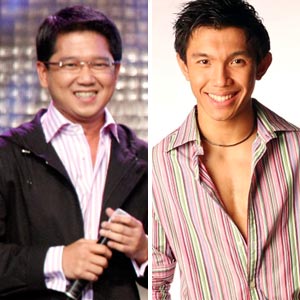 Students of Quezon City schools will soon have a venue to showcase their works this coming August. The Quezon City Film Development Commission (QCFDC), led by Vice Mayor Herbert Bautista and QCFDC executive director Jerico "Nico" Antonio, will be launching the 2008 Quezon City Independent Film Festival during the third quarter of the year.

When asked what he aims to accomplish as QCFDC executive director, Nico says, "To help, if not spearhead, the coming of another golden age for film and entertainment."


Nico, 25, is the eldest among the three children of Col. (Rsrvd) Rey Antonio and Atty. Joji Alonso. A product of the Ateneo de Manila University educational system since grade five, he finished the course European Studies while being actively involved in Tanghalang Ateneo under the guidance of artistic director Dr. Ricardo Abad.


He portrayed the role of Astolfo in La Vida Es Sueno (Life is a Dream), which was staged at the Cultural Center of the Philippines. After graduating from college, he worked as a part-time model and actor. Among his acting credits are Minsan Pa, Kubrador, Baliw, and Jupit.

He is now in his third year of Law studies at San Beda College. In July 2007, Nico entered government service. He is currently working for the office of Vice Mayor Herbert Bautista as QCFDC executive director. His responsibility to manage the film-related organization involved in production, education, audience development, business, promotion, archiving, and research.