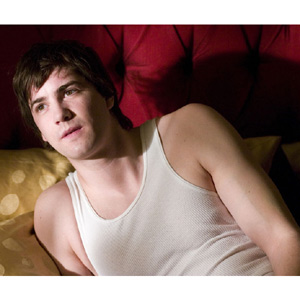 British actor Jim Sturgess narrates what he loves about playing the part of Ben Campbell of the movie 21. This thriller from Columbia Pictures is now showing in theaters nationwide.
—

Taking on the lead role in Columbia Pictures's new thriller 21 is new British actor Jim Sturgess. He was previously seen in recent hits Across the Universe and The Other Boleyn Girl.

Director Robert Luketic says that Sturgess is on the cusp of a breakthrough as a major star. "He's the complete package," says the director. "He's dramatically spot-on and comedically gifted, which is a rare combination. He has a real passion to him; as a director, I look for that passion, that love, that excitement, that need and desire. With that passion, in addition to his talent and his charisma, I knew he'd be perfect for the role."

Sturgess recalls, "I sent out an audition tape, not expecting anything to come of it. Then, I got a phone call saying that Robert wanted to meet me. We had breakfast together in London, I did a few screen tests, and then they offered me the part."

Inspired by the true story of the very brightest young minds in America—and how they took Las Vegas for millions—21 revolves around Ben Campbell (Sturgess). This shy, brilliant M.I.T. student needed the funds to pay school tuition and finds the answers in playing cards. He is recruited to join a group of the school's most gifted students that heads to Vegas every weekend armed with fake identities and the know-how to turn the odds at blackjack in their favor.

With unorthodox math professor and stats genius Micky Rosa (Kevin Spacey) leading the way, they've cracked the code. By counting cards and employing an intricate system of signals, the team can beat the casinos big time.

Sturgess says that his character has a "genius mind," but that's not enough. "He's at a point in his life when his brain can only take him so far," he says. "He needs something else about him, about his personality, to give him an edge—something more than just having good grades on a piece of paper."

In the film, the characters take on disguises to help them elude Las Vegas enforcers. For Sturgess, that was one of the most interesting challenges of 21: the chance to play many characters within one film. Sturgess says that his costume helped him find the role. "When you're in a classroom with a check shirt and a hoodie, it helps you feel like an M.I.T. student. When you're in the bright lights of Vegas in an Armani suit and thousands of dollars in your pocket, it definitely helps you to make the transition."

Producer Michael De Luca says, "Jim is a find. I think he's going to be a major, major movie star. He brings innocence, vulnerability, and a brooding intensity that he can turn on when he needs to."

Co-star Laurence Fishburne concludes, "Jim is a lovely young actor who has the stuff, has the talent, and is really committed to his craft. He gives you everything he has. That is what we actors do—we play off of each other. It really was refreshing to work with him."