How did John Arcilla-starrer, Heneral Luna, fare in the box office? 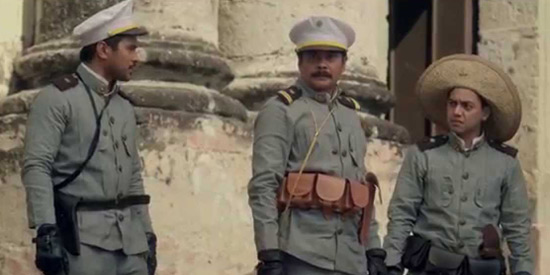 Now that Heneral Luna has been chosen to represent the Philippines in the Oscars race, it has raised hopes that more Filipinos will watch this historical epic depicting the bravery of Antonio Luna.

John Arcilla plays the short-tempered general who was betrayed by his own countrymen during the Philippine-American War.

Directed by Jerrold Tarog, this movie will vie among other entries in the Best Foreign Language Film category of the 88th Academy Awards.

The announcement of the film being chosen for the 2016 Oscars coincides with the upcoming theatrical release of Heneral Luna in the United States in October/November 2015.

The distributor of the film, Atty. Joji Alonso, pointed out that ticket sales for Heneral Luna increased on the second week even though there were fewer cinema houses that screened the movie.


On September 20, Atty. Alonso shared the good news that the movie earned almost P29 million in the box-office from September 16-19.

"Let us help the producers reach their break even of 200M--so that they can fund more valuable films like Heneral Luna."

"HENERAL LUNA grossed 13,211,476 for yesterday alone! Yes folks, that is because we have YOUR support. While the figures may be substantial this week, it is still a long way to go for the producers to even come close to its break even figure of roughly 200M.

"Please help the film get there, so that the producers will be able to proceed with its intended plan of making its next movie on gregorio del pilar, and so many more heroes thereafter.

Paulo Avelino played General Gregorio del Pilar whose character is seen again in a mid-credit scene, which could allude to a future movie.

The producers have expressed their desire to produce a film revolving around del Pilar should Heneral Luna perform very well in the box-office. 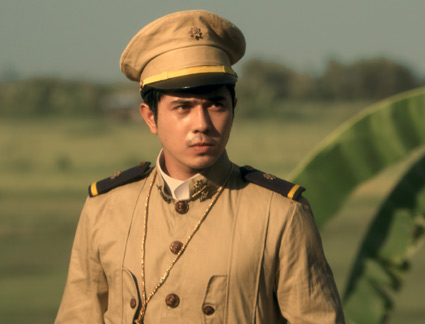 BE THE HERO. In an open letter addressed to Filipinos, the producers of this historical film are calling on their countrymen to continue showing their support for Heneral Luna.

"This is simply to take this occasion, this profound moment in time, to thank you all from the bottom of our hearts for your patronage, for your support, especially to those who’ve been relentlessly plugging away on Facebook or via social media, or by text, or even in person to spread the word and promote our film to others.

"We are very, very touched.

"For all of us—the entire cast and crew and team behind HENERAL LUNA—this has been one of the most extraordinary experiences of our lives.

"To be honest, it is life changing. To constantly hear applause in different theaters at the end of the film, as the credits roll, is for us a reward that’s beyond our wildest dreams when we first ventured doing this film.

"Many of us ask ourselves, when was the last time we heard an audience applaud at the end of a film, Filipino or otherwise, in so many theaters? And to see your FB postings, Twitter and Instagram messages, collectively and individually (especially from those who’ve watched the film more than twice already in the first week alone) moves us so deeply, beyond any words can truly express. And there are those of us who suddenly heard from people we haven’t heard from in ages—long lost cousins, exes, former classmates or invisible FB friends who suddenly made themselves known and wanted to show their appreciation for our work, for this film.

"Indeed, the love that you’ve all shown us has made their way into our hearts, carving a mini-monument of sorts dedicated to the heroism of Heneral Luna and the heroes who’ve lived before us, and to those who continue to live in our midst today. This is something that will stay with us for as long as we live.

"Which is perhaps why reality hurts even more. Earlier today, we’ve been advised that we will be losing more than half of our theaters—that from 101 screens, we will be down to somewhere close to 40. We know, on one hand, we should be lucky to even have those, thanks to our distributor, (and for that we’re truly grateful to all of you), but on the other hand, we’re saddened that this movie has to go away before many more of you can see it, before its full audience potential can be realized. Believe us please, when we say, that while it’s important for us that this movie recoups its investment and more, it is ultimately not about box-office, not about money.

"When this movie’s initial draft was first written, it was not written at all with the thought of writing a commercial blockbuster. And when we cast the film, we merely wanted to cast the most brilliant actors who were perfect for their roles. It was not based on who’s the biggest box-office draw. And creative decisions that were made (by our genius director Jerrold Tarog) while making the film were not based on “kilig,” not on what would please the audience most, but based on what would be best for the film, artistically and narrative-wise.

"Of course, the beautiful irony of it all is that, now, through some magic, we’ve been rewarded with a film that is pleasing its audiences to no end—with a film that’s entertaining, enlightening, and educational.

"So, as we say thank you once again, please keep the fires burning, please keep the spirit alive. If the film is no longer in your city, go directly to your local cinemas and ask the manager to bring it back or bring it to your movie house for the first time.

"Be the hero for your school, for your barangay, for your friends and family by being the one who called them or texted them and let it be known to them that this movie must play in your cinema because there are plenty of people who want to see it and must see it.

"But we must not stop here. The bravado and vigilance that we all show must continue onwards in our daily lives, especially in time for next year’s election.

"If for nothing else, HENERAL LUNA has made you or any one person to stop and think and reflect on our nationhood’s future, then this movie would have already done its job, regardless of its final box-office gross. As one noted historian put it, 'History is not meant to be memorized, but to be reflected and acted upon.'

"It's a 'hugot' line that Heneral Luna himself might have been proud to say.

"With our heartfelt thanks,