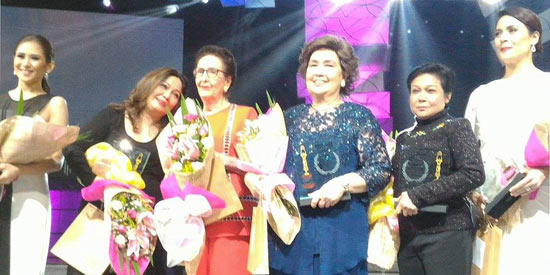 Toni Gonzaga was able to beat nine other contenders for the FAMAS Best Actress award.

The star of Starting Over Again was declared the winner during the awarding ceremony of the 63rd FAMAS Awards held on Sunday night, September 20.

The Filipino Academy of Movie Arts and Sciences, Inc. (FAMAS) recognized the winners during the event held at the Newport Performing Arts Theater. 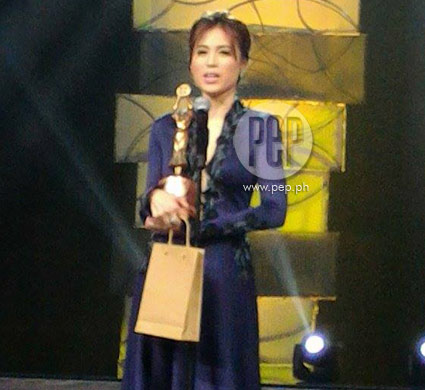 The wife of Paul Soriano then dedicated her trophy to her new family: the Sorianos.

This year's Best Actor, Allen Dizon, won for his portrayal as a guilt-ridden father in Magkakabaung. 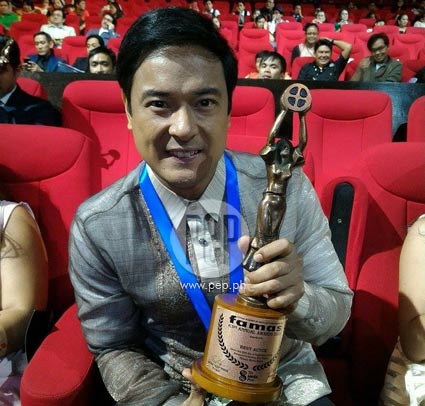 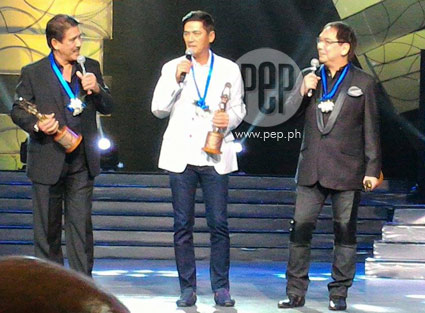 
The longtime hosts of Eat Bulaga were given a tribute number by Luke Mijares, Mitoy Yonting, Edgar Allan Guzman, and Toni Gonzaga.

To honor the six ladies, a production number was given by Kuh Ledesma and Esang De Torres, the recent winner of The Voice Kids Season 2.

Coco Martin was unable to personally receive the Fernando Poe Jr. Memorial Award. The ABS-CBN actor was in Naga for the Naga Festival, which is why his manager, Biboy Arboleda, accepted the award on his behalf.

Morissette Amon and Jed Madela opened the event by singing a compilation of the movie theme songs nominated this year. They performed with the World Championship of Performing Arts singers.

Carlo Mendoza is now inducted into the Hall of Fame for receiving the award of Best Cinematography for five consecutive years. He is recognized this year for his work on the historical film Bonifacio: Ang Unang Pangulo.


Here are the winners of the 63rd FAMAS Awards: