"The Dark Knight" will soon be seen on IMAX 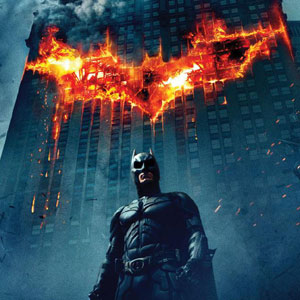 
In an unprecedented move, director Christopher Nolan has filmed four sequences in the next installment of Warner Bros. Pictures' Batman franchise, The Dark Knight, with extremely high resolution IMAX® cameras using the giant 15/70 film format. The announcement was made by Jeff Robinov, President of Production, Warner Bros. Pictures.


While it is not unique for a feature shot on traditional 35mm film to be re-mastered to screen in IMAX® theaters, this marks the first time ever that a major feature film has been even partially shot using IMAX cameras, marking a revolutionary integration of the two film formats.

The first of the scenes, including a prologue that introduces Batman's archnemesis The Joker, was shot in April, several weeks in advance of the actual start of principal photography. Additional selected scenes are being filmed with IMAX cameras during the course of production on The Dark Knight.

Director Christopher Nolan added, "In continuing the story of such a great icon I'm thrilled to be able to expand the scope of the film, not just in terms of its story, but in giving Batman and the Joker the largest possible canvas on which to face off. No existing technology compares with the IMAX format in terms of its ability to throw the audience into the action, and we're very proud and excited to use this technology in a way that no one has before."

Greg Foster, Chairman and President of IMAX Filmed Entertainment, added, "Chris shares our vision that the moviegoing experience should transport audiences into the action. His innovative use of IMAX cameras to film scenes in The Dark Knight will allow our crystal clear images, 14 thousand watts of digital surround sound, and screens up to eight-stories tall to give Batman fans the most immersive cinematic experience in the world. It is entertainment in a big, big way."

Christopher Nolan's 2005 blockbuster Batman Begins was the first action feature to play on IMAX screens in museums as well as multiplexes, after being digitally remastered for the IMAX Experience with proprietary IMAX DMR® technology.

In 2006, Superman Returns became the world's first live-action feature to have selected segments converted from 2D into IMAX® 3D. Most recently, the mega-hit "300" obliterated all previous attendance records at IMAX theatres in its record-breaking opening weekend in March.

The follow-up to the action hit Batman Begins (2005), The Dark Knight reunites director Christopher Nolan and actor Christian Bale, who reprises the role of Batman/Bruce Wayne. In the new film, Batman raises the stakes in his war on crime. With the help of Lieutenant Jim Gordon and District Attorney Harvey Dent, Batman sets out to dismantle the remaining criminal organizations that plague the city streets. The partnership proves to be effective, but they soon find themselves prey to a reign of chaos unleashed by a rising criminal mastermind known to the terrified citizens of Gotham as The Joker.