Yassi Pressman describes Andre Paras as “best loveteam and best friend to have around.” 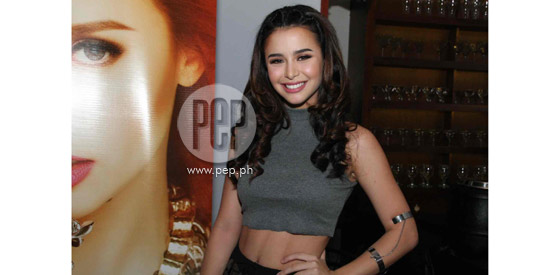 Yassi Pressman will star in her own movie by next year.

This is because Girlfriend for Hire's screening has been moved to 2016.

The lead actress explained that the showing of her and Andre Paras's first movie as a loveteam will be delayed because of minor changes in the story.

“At first, we did it all by the book. Then, now, 'yong kalahati ay lahat bago para mayroong bagong aabangan ang readers. Kasi, sobrang daming readers and supporters ang Girlfriend for Hire.

“At the same time, gusto namin irespeto ang characters na binuo nila on their mind based on the book.

Yassi and Andre's loveteam was actually formed by accident. The young actress said she and Andre were surprised by the support they got after appearing as co-stars of James Reid and Nadine Lustre in Diary ng Panget.

“Andre and I parang came from a really close friendship before our loveteam.

Since then, the loveteam more popularly known as YAndre has been getting support from fans.

Yassi said she's very grateful to their followers, who are excited to see her and Andre again in Girlfriend for Hire.

“Super happy kasi until now. They followed our steps from the very start na nagkasama kami,” she said.

When asked about her and Andre's relationship, Yassi immediately clarified, “He's really the best loveteam and best friend to have around.”