Indie psychothriller "Compound" to be screened on January 20 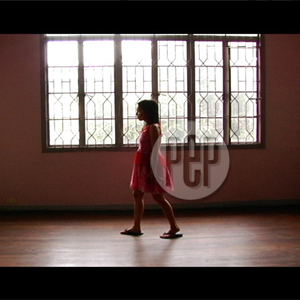 Joan Palisoc plays Luisa in the indie pyschothriller Compound, which is written and directed by Will Fredo.

The Independent Filmmakers Cooperative will be screening the indie psychothriller Compound on January 20 at the newly opened IndieSine at Robinsons Galleria.

Compound is an independently produced film that is written and directed by Will Fredo. It was exhibited during the 2006 Cinemalaya Film Festival at the Cultural Center of the Philippines. It had its world premiere during the Cleveland International Film Festival last March 25, 2006.

This full-length digital film is about Virgilio delos Reyes (John Arcilla) who attempts to shield his family from a looming misfortune by resorting to the use of crystal methamphetamine (more popularly known by its street name "shabu").

Virgilio and his wife, Divina (Janet Russ), receive Jay Juanillo (Jake Macapagal) as their tenant to occupy one of the houses in their compound. Jay, who himself is trying to escape the realities of his existence from his wife and young male lover, settles in and builds relations with the delos Reyes family.

From the seemingly idyllic setting, Jay witnesses the slow implosion of the delos Reyes family and gets tangled in the power struggle within the compound. As Virgilio's paranoia escalates, Jay becomes an easy target, a scapegoat of Virgilio's inability to distinguish reality from hallucination. When their strategies of escape break down and reality catches up with them, the violence outside the gates finds its way into the compound.

Aside from the screening on January 20, Compound will have an extended run from February 7 - 13 at Robinsons Galleria.

Trailer courtesy of Will Fredo