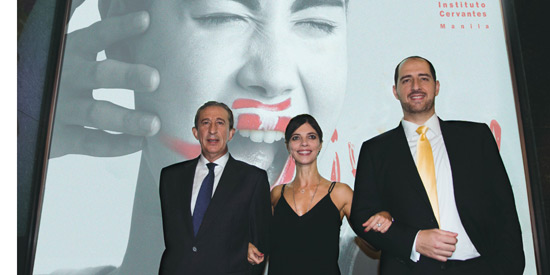 The renowned Spanish actress was one of the special guests during the October 7 opening of the annual festival of Spanish and Latin American films organized by Instituto Cervantes.

“I’m so glad to be here,” she said at the ceremony held at Greenbelt 3 Cinema in Makati City.

Her short speech served as an introduction to the festival’s opening film, Felices 140 (English title: Happy 140), in which she plays the lead role. “It’s a pleasure, really.”

The 45-year-old thespian began acting at age 13. She is a recipient of several acting awards, including Spain’s foremost award-giving body, Goya Awards. She won the Goya Best Actress award in 2007, for Siete mesas de billar frances (Seven Billiard Tables), and in 2012, for Blancanieves (Snow White).

She gained global acclaim with her major participation in Y Tu Mama Tambien (And Your Mother Too), the 2001 Mexican hit movie directed by Alfonso Cuaron.

Cuaron would later win the 2014 Oscar for Best Director for the Hollywood production Gravity.

She is also widely recognized for her work as a compassionate revolutionary in another Mexican film, El laberinto del fauno (Pan’s Labyrinth), the 2006 allegorical tale magically directed by Guillermo del Toro.

“I hope you enjoy that beautiful film,” Verdu said during Pelicula’s opening night. She was referring to her latest work, Felices 140.

“Well,” the actress shyly added, clarifying her statement, “I don’t know if beautiful is the perfect word to define this film. It’s totally different, [I mean] the story. Enjoy the film.”

Felices 140 tells the story of how a carefully planned 45th birthday celebration with close family members, lifelong friends, and a former flame turns into a test of true relationship and human nature.

Verdu also invited the appreciative audience in attending the meet-and-greet session with her on October 9. An open forum will take place after the screening of Felices 140 and Blancanieves.

Prior to the film screening, Instituto Cervantes, headed by its director Carlos Madrid, threw a reception at the lobby of the Ayala Museum. 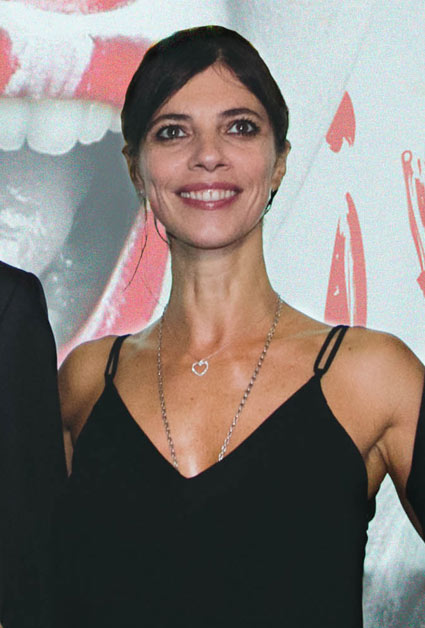 HENERAL LUNA STARS. One of the attendees at the reception was E.A. Rocha, co-producer and co-writer of the blockbuster historical piece Heneral Luna.

Cast members Epy Quizon and Mon Confiado also came to represent the biopic that is the Philippines' official submission to the 2016 Oscars race.

Epy plays Apolinario Mabini, hailed as The Sublime Paralytic and The Brains of the Philippine Revolution. 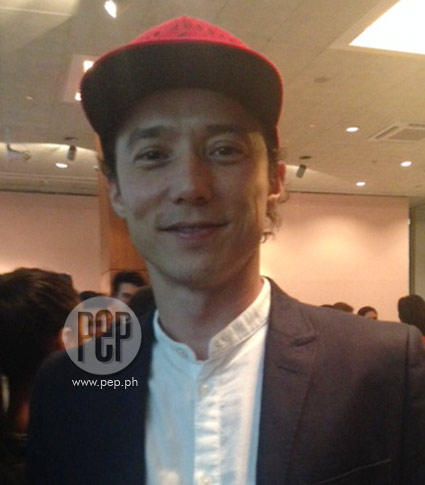 Mon is cast as the first Philippine President Emilio Aguinaldo. In a chat with PEP and YES!, the actor shared some of his thoughts about the movie. 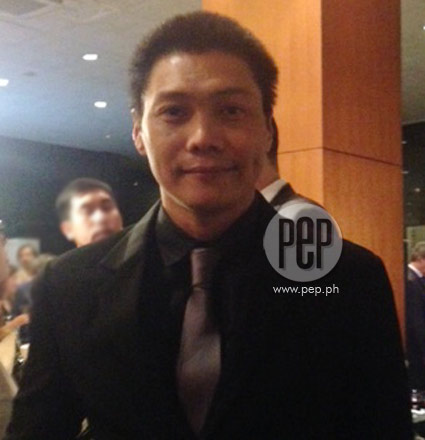 He also talked about he felt about Aguinaldo’s unpopularity among many of those who’ve seen the Jerrold Tarog-directed Heneral Luna.

Mon said that he will reprise his role in the forthcoming films on Gregorio del Pilar and Manuel L. Quezon. It’s been reported that Heneral Luna is only the first of the trilogy on Philippine heroes.

Pelicula Pelikula runs until October 18 at Greenbelt 3 in Makati City. Afterwards, the Spanish film festival moves to Manila, at the National Commission of the Culture and the Arts (NCCA) building, where the public can watch the selected movies, some of which are not part of the first leg. The screenings will take place in Intramuros from October 19 to 25.