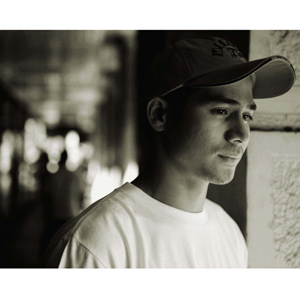 Piolo Pascual stars in the indie film Manila, which pays tribute to Lino Brocka's Jaguar and Ishmael Bernal's Manila By Night. The two-part movie will be directed by Adolf Alix Jr. and Raya Martin.


Since last year, Adolf Alix Jr. has been talking with Piolo Pascual about an indie film that would pay tribute to two of the most influential directors in the Philippine movie industry: Lino Brocka and Ishmael Bernal. The matinee idol liked the indie film so much that he chose not only to star in Manila but also serve as a co-producer. The script is co-written by Adolf and Ramon Sarmiento.


PEP (Philippine Entertainment Portal) interviewed Adolf regarding this twin-bill indie film that will be shot on 16mm black-and-white film before being transferred to 35mm. Titled Manila, this two-part movie is divided into a Day episode (which is loosely based on Bernal's 1980 film Manila By Night) and a Night episode (inspired by Brocka's 1979 film Jaguar).


Why did you choose to do Lino Brocka's Jaguar and Ishmael Bernal's Manila By Night?

"Raya and I feel that the themes of both films are still relevant," explains Adolf. "Both films also speak of how cruel the city can be to people...its also about men trying to belong and reconcile with their past."


In the Day segment, Piolo portrays the role of William, a drug addict who tries to rebuild his sense of self and reconnect with the people around him. Piolo's character is named William in honor of William Martinez who played the lead role in Manila By Night. The Day segment also stars Jodi Sta Maria and Rosanna Roces who is tapped to play the role of Piolo's mother.

Isn't Piolo afraid of playing a drug addict in this segment?

Adolf says, "I think Piolo is ready to do such roles. It's exciting for his craft. A good actor will always be ready to sink his teeth into exciting roles. With him being one of the best actors of his generation, it will be interesting [to see] how he will do it."


How is it like working with the matinee idol?

"He is very professional. He listens and knows what he is doing."


Will Direk Adolf modify his directorial style for this movie or will he be emulating the style of Lino Brocka? "I'll be shooting it based on the demands of the material. I wanted a gritty feel for the film," he says.


For the Night segment, Piolo portrays the role of Philip, who works as a bodyguard for a mayor's son. The bodyguard believes that his boss considers him as part of the family but after a shooting incident, he realizes his real worth to his boss. As he struggles to hide, he is slowly consumed by the claws of darkness lurking the city.


Piolo's character is named after action star Phillip Salvador who starred in Jaguar, the Brocka masterpiece that was the first Filipino film included in the main competition in the Cannes International Film Festival.

Adolf reveals why he chose Alex for this part. "When I co-wrote Munting Tinig, I've seen how good Alex is as an actress . I have always wanted to work with her, now as a director and when we were casting for the role, Alessandra perfectly fits the role."

Manila is scheduled for release within the year.