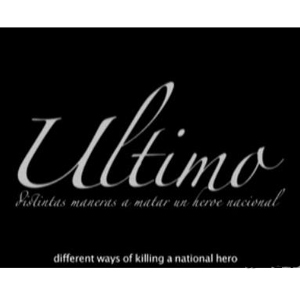 Khavn De La Cruz's black-and-white film Ultimo: Different Ways of Killing a National Hero will be shown to the public on June 19, the 147th birthday celebration of our national hero Jose Rizal.


When Khavn De La Cruz attended the 2006 La Palma International Digital Film Festival in Spain, he created a full-length film that reflected his thoughts on the martyrdom of our national hero Jose Rizal. While he was touring Spain and making friends with the descendants of the colonizers, Khavn aimed to settle his ambivalence between the two cultures by shooting an indie film.

This is the story behind Khavn's Ultimo: Different Ways of Killing a National Hero, which will be screened tomorrow, June 19, 4 pm at Bulwagang Rizal, University of the Philippines-Diliman. This year marks the 147th birthday of Dr. Jose Rizal, who was executed by the Spanish colonial regime for advocating nationalist reforms.

Shot on location in La Palma, Spain, Ultimo is a 90-minute, silent black-and-white film with live scoring by Khavn on piano and Junji Lerma of Radioactive Sago Project on guitar.

The event also features a dance performance by Donna Miranda and Diego Marana, poetry by National Artist Bienvenido Lumbera, and an art installation by Norberto Roldan.

Virgilio S. Almario will also deliver his lecture, "Rizal German Literary Connections," followed by the launch of his latest book Rizal: Nobelista, a collection of critical essays on the literary greatness of Noli Me Tangere and El Filibusterismo.


Khavn De La Cruz is a filmmaker, musician, and writer who has won numerous awards both here and abroad. His rock opera Newtopia will be featured at the fourth edition of the Virgin Labfest of the Cultural Center of the Philippines.