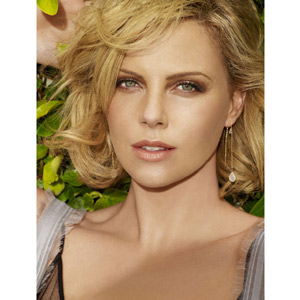 Charlize Theron (in photo) plays Mary, a woman who becomes attracted to the disruptive superhero Hancock (played by Will Smith). Columbia Pictures's new action adventure will open in the Philippines on July 3 (Thursday).


Oscar-winning actress Charlize Theron is Mary, a married woman who finds herself the object of a superhero's affection, in Columbia Pictures's new action adventure, Hancock.

A tortured and flawed superhero who crash-lands in Los Angeles, causing chaos in the city, Hancock (Will Smith) isn't the kind of man who cares what other people think. His perspective changes when he saves the life of PR executive Ray Embrey (Jason Bateman). Suddenly, the sardonic superhero begins to realize that he may have a vulnerable side after all. Facing that will be Hancock's greatest challenge yet—and a task that may prove impossible as Ray's wife, Mary (Charlize), insists that he's a lost cause.

"Charlize Theron is the musical note that fits perfectly with Will Smith and Jason Bateman," says producer Akiva Goldsman. "We needed three people, all of whom the audience would want to see win; it was a real balancing act. And Charlize provides that critical balance."

For her part, Charlize was attracted to her role for a multitude of reasons. First, of course, was the chance to be paired again with Smith, whom she'd worked with on The Legend of Bagger Vance. " Will plays the part so beautifully," she says.

The Hollywood actress was also impressed by the script, which she found had rich and compelling characters. Where her husband Ray sees only the superhero that Hancock could be someday, Mary comes from the perspective of the average citizen.

"She is fed up with Hancock's bad behavior which, on the surface, appears to be totally irresponsible and destructive," she says. "She is adamant that he not disrupt the idyllic life she's created with Ray and their son. But when Hancock starts to show some signs that there is light at the end of the tunnel and that he might turn his behavior around, and she still doesn't accept him, then you start to question why.

"There is a real well-developed story here and the story lent itself to human condition," continues Charlize. "My character makes this conscious decision to live in suburbia and be this soccer mom to her stepson and be the perfect wife. She lives in this bubble and everything in that bubble is very sacred to her. She is adamant in protecting that. People who tend to do that, which usually means that the character is hiding some characteristic inside themselves that scares them. That is Mary's case.

"I find that very complex. We want to believe that women who are married and have kids don't have this fear deep down inside that there is a part of themselves that is probably not as content as they think they are. It is proven here when Hancock shows up in her life. Everything that she has always feared in her life—she has this immense chemistry with this guy—totally throws her life upside down."

Opening across the Philippines on Thursday, July 3, Hancock is distributed by Columbia Pictures, local office of Sony Pictures Releasing International.