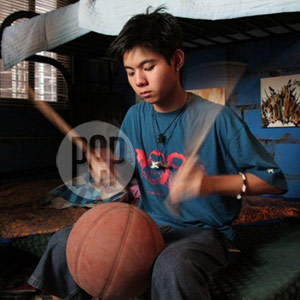 Jiro Manio (in photo) stars in the Adolf Alix Jr. movie Tambolista, which will be shown in the UP Film Institute this July.

After the country celebrated Manila Day last June 24, the University of the Philippines Film Institute presents movies that seek to examine the seamy side of the metropolis. The July 2008 lineup of the Film Institute includes Cidade de Deus, the 2002 Brazilian film that shows the violence-filled world of Rio de Janeiro. Directed by Fernando Mereilles, City of God tells the story of two boys growing up in a violent neighborhood who take divergent but crisscrossing paths as one becomes a photographer and the other a drug dealer. It will be sScreened at the Videotheque of the Film Institute on July 9 (Wednesday) 5:30 p.m. and July 12 (Saturday) at 6:30 p.m.


Adolf Alix Jr.'s film Tambolista, on the other hand, shows the measly existence of a young boy who is tempted to resort to crime because of his burning desire to own a set of drums. Catch the special full run of Brillante Mendoza's Tirador at 2:30 pm, 5 pm and 7 pm. This indie film shot in the slums of Quiapo, Manila will be screened from July 14-17 (Monday-Thursday).


Torotot, the Maryo J. delos Reyes indie film about crimes of passion, will have a special screening on July 15, Tuesday, at 7:30 pm.

Here is the rundown of UP Film Institute screenings for July 2008:

The Makings of a Nation: Bayani d/w Sakay 2 p.m.onwards

The Makings of a Nation: Bayani d/w Sakay 5 p.m.onwards

Contend Presents Moral for the UP Centennial 1/4 p.m.