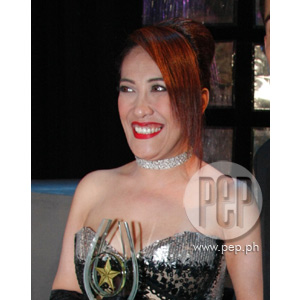 
Film and TV director Wenn Deramas considers the death of two directors recently as a reminder for him to take care of his health. Directors Gilbert "Manong" Perez died on July 16 and Abbo dela Cruz, last July 22. Both of them succumbed to a heart attack.

PEP (Philippine Entertainment Portal) was able to talk with Direk Wenn while he was taping scenes of Dyosa at the Trinoma Mall in Quezon City last Monday, July 28.

According to Direk Wenn, he is thinking about becoming a business-unit head instead of being a full-time director. Until then, Direk Wenn will continue doing what he does best: entertain viewers with his own brand of comedy and drama.

Since Ai-Ai will be portraying a president of the country, will the story be tackling political issues?

Direk Wenn narrated that he wanted to do a political joke about President Gloria Macapagal-Arroyo but he was prevented by Star Cinema from including it in the script.

Does he feel limited by these rules that might hamper his creativity?

Will this be the last of the Tanging Ina movies starring Ai-Ai?