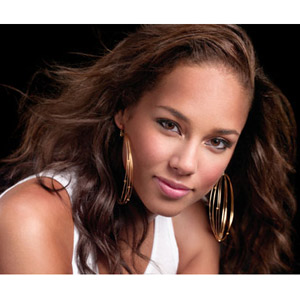 Alicia Keys (in photo) and Jack White will interpret "Another Way to Die." Considered to be the first duet in Bond soundtrack history, this is the theme song of the upcoming James Bond movie titled Quantum of Solace. Alicia will be arriving in the Philippines on August 5 (Tuesday).

Alicia Keys and Jack White of the rock band The White Stripes have recorded the first duet in James Bond soundtrack history titled "Another Way to Die."

Michael Wilson and Barbara Broccoli, producers of the highly anticipated 22nd James Bond adventure Quantum of Solace, have chosen these multi-Grammy award-winning recording artists to interpret the historic theme song. The action-adventure flick will be released worldwide this November.


Their song, written and produced by Jack White, will also feature him as the drummer on this track. The soundtrack to Quantum of Solace will be released by J Records on October 28, 2008.


Wilson and Broccoli said: "We are delighted and pleased to have two such exciting artists as Jack and Alicia, who were inspired by our film to join together their extraordinary talents in creating a unique sound for Quantum of Solace."

Daniel Craig reprises his role as Ian Fleming's James Bond 007 in Quantum of Solace, the Metro-Goldwyn-Mayer Pictures/Columbia Pictures release of EON Productions' 22nd adventure in the longest-running film franchise in motion picture history. The film is directed by Marc Forster. The screenplay is by Neal Purvis & Robert Wade as well as Paul Haggis and the film's score will be composed by David Arnold.


In the film, James Bond fights the urge to make his latest mission personal, after being betrayed by Vesper, the woman he loved in Casino Royale. Pursuing his determination to uncover the truth, Bond and M (Judi Dench) interrogate Mr. White (Jesper Christensen) who reveals the organization which blackmailed Vesper is far more complex and dangerous than anyone had imagined.


Forensic intelligence links an Mi6 traitor to a bank account in Haiti where a case of mistaken identity introduces Bond to the beautiful but feisty Camille (Olga Kurylenko), a woman who has her own vendetta. Camille leads Bond straight to Dominic Greene (Mathieu Amalric), a ruthless businessman and major force within the mysterious organization.


On a mission that leads him to Austria, Italy, and South America, Bond discovers that Greene, conspiring to take total control of one of the world's most important natural resources, is forging a deal with the exiled General Medrano (Joaquin Cosio). Using his associates in the organization, and manipulating his powerful contacts within the CIA and the British government, Greene promises to overthrow the existing regime in a Latin American country, giving the General control of the country in exchange for a seemingly barren piece of land.


In a minefield of treachery, murder and deceit, Bond allies with old friends in a battle to uncover the truth. As he gets closer to finding the man responsible for the betrayal of Vesper, 007 must keep one step ahead of the CIA, the terrorists and even M, to unravel Greene's sinister plan and stop his organization.

Directed by Marc Foster, Quantum of Solace will be released by Columbia Pictures in the Philippines on November 5, 2008.