Cinema One Originals to take place in 4Q of 2008 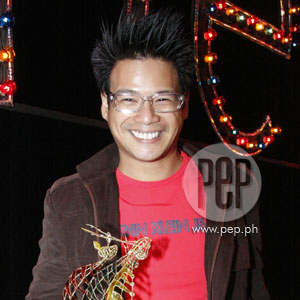 Yul Servo (in photo) stars in the Cinema One Originals entry Dose, which is directed by Senedy Que. This is one of seven films competing in the fourth edition of this annual film fest that will take place in the fourth quarter of the year.


A few months from now, the fourth edition of Cinema One Originals will be presenting the seven digital films that will compete in the annual film fest organized by ABS-CBN's Filipino movie cable channel.

Ronald Arguelles, the head of strategic programming for Cinema One, informed PEP (Philippine Entertainment Portal) that they will screen the competing films in various educational institutions unlike previous editions that were screened in commercial establishments. "We'll do it in the schools because we're in that market. I'd like the filmmakers to be with the students kasi sila naman ang nagtatanong, e."

Mr. Arguelles described how they chose the seven films that will compete in the fourth edition of this digital film fest.

"We received around a hundred scripts this year. Tinitingnan namin yung filmography [of the director] and his/her background. Kailangan namin makita yung nagawa na nila or at least a short film that they made in the past. Or if they have education at least malapit sa filmmaking."

What are their criteria for choosing the films that will be shortlisted? "Originality, universal themes, and commercial value. Basically, what we are looking for is a good script," he reveals.

They gather scripts from all over the country from January to March and from April to May, the people from Cinema One Programming, Incorporated read the scripts to narrow down the promising scripts.

"Filmmakers will present to us ‘pag na-shortlist na namin. During the presentation, we get to know the filmmakers and their background. They prepare Powerpoint presentations and they go through a question-and-answer portion. From there, we selected the final seven.

"We select per genre. May romance, may horror, may eclectic-experimental, may drama. We choose the best of each genre so that our lineup in the festival will be different from the others."

In Cinema One Originals 2007, five scripts were chosen and they competed in an awards night after the screenings took place at the Trinoma and Glorietta 4. Just like last year, the seven filmmakers were also given P1 million to produce their scripts.


The big winner last year was the mockumentary Confessional, which won seven out of 14 awards given out, including the honor of being Best Film in Cinema One Originals.

The shortlisted films for Cinema One Originals 2008 include a sensual melodrama titled Dose. Directed by Senedy Que, Dose stars Yul Servo as a driver-gardener and Irma Adlawan as the aunt of the young boy in the story. It is titled Dose because the victim of the story is a twelve-year old boy who will be abused by Yul Servo.

A historical story set in the Spanish times is also included. Titled Kolorete, this film directed by Ruelo Lozendo will show how a town is mounting a tour de force performance to change the course of history.

Sherad Anthony Sanchez of Huling Balyan fame returns to Cinema One to helm the indie film Imburnal. This is a childhood drama set in the slums of San Antonio, Davao, where manhood and society are explored and become interspersed.

Roman Carlo Olivares, a TV director/producer, tries his hand at filmmaking with his entry UPCAT. The plot can be summed up with the tagline: "Ito and mga kuwento ng sukatan, pasikatan, at shaded circles." This teen comedy delves into the angst-filled lives of student characters who study in the State University.

Jon Red directs Motorcycle, a script written by rider and motoring enthusiast Karlo de Guzman. While a son rides a motorcycle to Ilocos, he recalls memories of his father and his family, which has secrets yet to unfold. Jon Red is best known for writing Ilusyon (2005) and directing Anak ng Tinapa (2005).

Yanggaw by director Richard Somes is a family drama that unearths bitterness amidst happy moments. Underneath mundane situations lurks danger.

Set in Agno, Pangasinan, Alon (which translates to Wave) is described as a meditation on love and the sea. It is directed by Ron Bryant who won as Best Director in the 2006 Cinemalaya Film Fest for his entry Rotonda. The script is penned by Ron and co-writer Raymund Gerard Cruz about a tender tale of love between a sad man and a lonely girl.