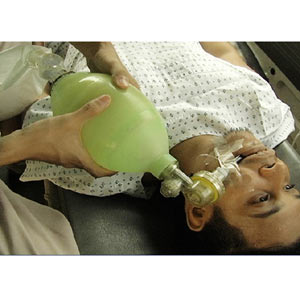 In Ambulancia (movie still shown above), Alan Paule and Nor Domingo have conflicts about whom to save while on duty. Directed by Richard Legaspi, this short film will be screened at the 32nd Open Air Filmfest Weiterstadt in Germany.


The superstitions of Filipino ambulance drivers are the focus of a 15-minute short film titled Ambulancia starring Alan Paule and Nor Domingo. Directed by Richard Legaspi, this is the first Pinoy film that will compete in the 32nd Open Air Filmfest Weiterstadt in Germany.

Ambulancia will have its German premiere at the film fest, touted as the "Woodstock of short films," from August 14 to 18, 2008.

Filmfest Weiterstadt received more than 1,600 submissions worldwide and the festival committee selected only 195 films this year.


Andreas Heidenreich, who is in charge of Weiterstadt's international programming, revealed that Ambulancia is the first Filipino film selected in their festival since it started in 1977. Aside from Legaspi's short film, representing Asian Cinema in the festival this year are films from Japan, Malaysia, Thailand, and a German-Chinese co-production.

Mr. Legaspi, a faculty of the University of the East College of Fine Arts, is a fellow of the 2007 Asian Film Academy, an educational program of the Pusan International Film Festival in South Korea and a graduate of Ricky Lee's 14th scriptwriting workshop for film and television.

Ambulancia has a painful twist about an ambulance driver, played by character actor Alan Paule, who believes that a dying patient can be saved by running over stray animals on the streets. Paule, who is being managed by Ed Estrella, acts opposite thespian Nor Domingo of the Philippine Educational Theater Association (PETA).

Ambulancia is also set to compete in other international film festivals in Greece (Patras City), North Korea (Pyongyang), and the United Kingdom (Bite the Mango) next month.

It earlier won the grand prize in the Viva-Pinoy Box Office Digitales 2 short film competition and the best short narrative film in the first Quisumbing-Escandor Film Festival for Health.

The film also competed in another festival in Greece (Naoussa) and was exhibited in South Korea (Pusan's AFA Fellows' Night). Ambulancia was also screened as part of Cinemanila 2007's Young Cinema Night program, Cinemalaya 2008's Best of Indie Sine Shorts '08: Katorse, and University of Sto. Tomas' CineVita. Along with six other short films from the Katorse Writers Group, it had a successful week-long screening at the Robinsons Galleria IndieSine last June.