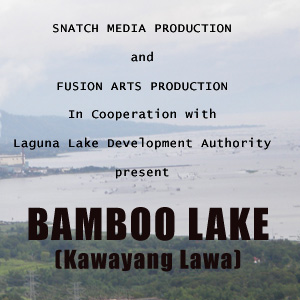 Can bamboos save the Laguna de bay? Can bamboos lessen the effect of the global warming? This is what will be tackled by Donnie Sacueza's Bamboo Lake, one of the finalists of the 2008 Moonrise Film Fest.


In 2005, the Center for Environmental Awareness and Education (CEAE) spearheaded an annual film festival focusing on environmental awareness. Now on its third year, the Moonrise Film Festival will be toured in various locations nationwide and will even have international screenings during the latter part of the year.

This year, ten documentaries are vying for prizes to be given out during the awarding ceremony that will take place this Friday, August 29, at Robinsons Galleria Cinema 3.

The finalists of the environmentally oriented Moonrise Film Fest are: