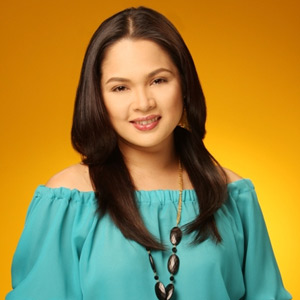 Written and directed by Jun Lana, Mag-ingat ka sa...Kulam will not only give viewers a good scare but it will also enlighten them about the power of modern-day witchcraft or Kulam. This film will star Judy Ann Santos (in photo), Dennis Trillo, and TJ Trinidad, Mart Escudero, Kris Bernal and Sharlene San Pedro.

"We made sure that the Regal trademark of excellence is carried through in our films that's why I am proud to have the best actors and actresses, the best creative and production people; and even the best technical and special effects staff in our anniversary movie. We owe nothing but the best for our audiences who have supported our movies throughout our 48 years of providing topnotch entertainment to all the Filipinos worldwide," declares Mother Lily Monteverde, the matriarch of Regal Films.

Judy Ann's first project with Regal was the 1996 flick Sana Naman. This was followed by a string of movies with Regal and Judy Ann becoming a formidable combination.

Aside from the box-office teen flicks like Kulayan Natin ang Bukas and Nasaan Ka nang Kailangan Kita, Juday has graduated to mature roles with much ease, even winning her nominations and awards in the significant Regal movies like Sabel, Mano Po 2, Aishite Imasu, Nasaan ang Puso, and many others.