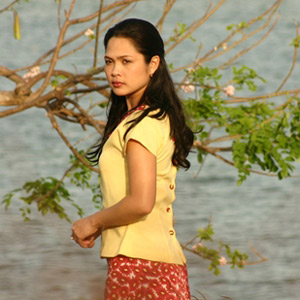 Judy Ann Santos is the star of the Grade A film Ploning, a period film about a provincial lass living in Cuyo, Palawan. Panoramanila Pictures Co.'s movie beat Caregiver, Tribu, and Endo for the honor of representing the Philippines in the Oscar derby for best foreign language film.


A period film set in Cuyo, Palawan, beats a movie about caregivers in London, an indie film about Tondo gangsters, and a love story among contractual workers in the Oscars derby. Ploning, a film produced by Panoramanila Pictures Co. has been chosen as the country's entry to the 2009 Oscar Awards' best foreign language film category.

The Board of Governors of the Film Academy of the Philippines approved the selection of Ploning during a meeting last Friday, August 29.

Five members of a special committee tasked to select the country's entry, which is headed by National Artist for Film Eddie Romero as chairman, narrowed down the possible nominees to two films, Ploning and Caregiver. In a meeting last August 20, three members voted for Ploning and two members chose Caregiver.

The two films were initially included in a six-film short list, which were all reviewed by the committee on August 12 and 14 at the FAP office at OctoArts Bldg. on Panay Avenue, Q.C.

Also reviewed were Tribu, a Cinemalaya festival winner and Endo. The producers of two other films—Pisay and Serbis (the Filipino entry in the last Cannes Film festival)—failed to submit a DVD or VCD copy of their films to the committee.

The result of the voting was announced during the Board of Governors monthly meeting on Friday, August 29.

Bruce Davis, executive director of the Academy of Motion Picture Arts and Sciences (AMPAS), reminded the Academy of the various deadlines which are listed hereunder:

a) three official entry forms completed and signed by

1) the chairperson of the selection committee;

2) the selection committee; and

b) Synopsis in English of the selected entry.

The special rules for the best foreign language film award category require accurate English subtitles of the entry. The rules further stipulate that only one picture will be accepted from each country.

Entries which will be nominated on January 22, 2009 will be required to provide a second English-language subtitled print of the film to facilitate voting screenings. This second print must be submitted to the AMPAS on January 23, 2009 (Friday).

All entries will be screened by the Academy's Foreign Language Film Award Committee(s) whose members will vote by secret ballot to nominate five foreign language motion pictures for this award.