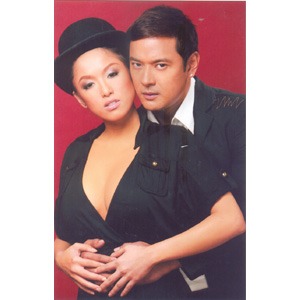 Allen Dizon and Gwen Garci play a married couple in the film Room 213, which will be screened at Robinsons Movieworld starting September 24, 2008.


Room 213 follows the shaky relationship between an architect (Allen Dizon) and his wife who is a photographer (Gwen Garci). Max (Allen) and Lex (Gwen) have been married for ten years and have lost any emotional connection with each other. Since both want to save the marriage they start to take extreme measures in the hopes to rekindle their passion. In Room 213 of an abandoned building, they will push their limits--both physically and sexually.

This film, which also stars Tyron Perez and Maricar dela Fuente will be screened at Robinsons Movie World starting September 24.

Here are excerpts from an interview with Room 213 director Keith Sicat:

What is the genre of the film? How would you describe your style in terms of storytelling and lighting in particular?

"Since dialogue is sparse, the film is also purposely relying on the sound and visuals to tell the story. To that end, we were very particular with the lighting, color palette, and textures seen in the frame."

What's your intention in this film?

"Thematically, I was curious to explore a scenario where a couple has grown so distant that their relationship's imploding. In that situation how does one keep the sparks alive?

"I think that's a question that's universal for anyone in a relationship of any length! It just turns out our characters are on the extreme end of the spectrum than most. Or maybe they're not."

What message would you want to give to the audience?

"Relationships are built on trust and trust is fragile. Secrets never remain hidden, the past is there to haunt, and playing with emotions is dangerous. The film poses the question: in the final analysis, are we really all alone?

How would you describe the lead stars, Allen Dizon and Gwen Garci, in particular?

"Allen and Gwen are amazing. They gave such understated, nuanced, and emotionally intense performances that are pitch perfect to the material.

"Allen knows that ‘less is more.' He relied mostly on his eyes and body language to convey what was going on internally with his character. Quite simply, his work is beautiful.

"Gwen was constantly surprising us in the way she would improvise during a scene. She would let the moment dictate her emotional state resulting in a remarkable, honest performance. This is a very different Gwen Garci that people are used to!

After the regular showing on September 24, what are your plans for this film? Any plans to submit it in international film festival?

"We definitely plan to share the film with as many people who may want to see it."