Leonardo DiCaprio and Russell Crowe clash in "Body of Lies" 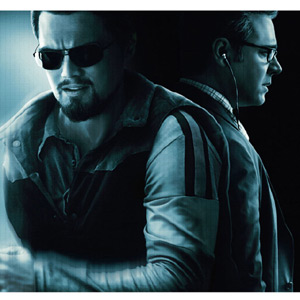 Leonardo DiCaprio (left) and Russell Crowe (right) team up for Body of Lies, a thriller/spy movie from Warner Bros. set in the Middle East.


David Ignatius is a columnist for the Washington Post and author of six novels, including the well-known spy tale Agents of Innocence, and the 2007 bestseller Body of Lies, a post-9/11 thriller that centers on a Central Intelligence Agency effort to bring down a terrorist group carrying out car bombings in Western capitals. The book has been adapted for the big screen by Oscar-nominated director Ridley Scott (Gladiator, Black Hawk Down) who enlisted Leonardo DiCaprio and Russell Crowe for the lead roles.

The author talks about Body of Lies and the complex web of international espionage in the following interview:

Question: This is your first novel in nearly a decade. Why did you decide to return to fiction?

David Ignatius: From 2000 to 2004, I was living in France as editor of the International Herald Tribune. To be honest, living the good life in Paris seemed like a better use of my spare time than being closeted with my computer. But I missed writing fiction—especially the way in which the writer's conscious brain disappears while writing a novel. I like escaping my "self." Gradually an idea for a new book began to take shape and I got started writing for real in late 2004.

Q: Is the book's main plot—the effort to bring down the terrorist group headed by Suleiman—modeled on a true-life story?

Ignatius: The novel is about deception, and I drew on some real examples. The Jordanians, working with the British and American, have been especially skillful in using their penetrations of hostile groups to sow deception and distrust. Their deception operations against the Abu Nidal Organization were so successful that they basically caused the group to implode. The Abu Nidal operatives were literally shooting each other. In Body of Lies, I imagine how a similar operation against Al Qaeda might be run—and the pitfalls therein.

Q: From reading the book, one gets the sense that you feel the real-life CIA has become too bureaucratic and too unwilling to take risks. Does that in fact mirror your view of today's agency?

Ignatius: I do think the CIA has become so politicized—so surrounded by second-guessers and special pleaders—that it sometimes has difficulty doing the essential task of an intelligence service, which is stealing the other guys' secrets. That's what we sometimes forget—a spy agency's job is systematically to break the laws of other countries by encouraging their citizens to commit treason. We have layers and layers of legal and congressional oversight, and I guess much of it is necessary, but it doesn't change that unpleasant reality.

Q: Several characters in the book that work with the CIA end up being killed by terrorists, and there's not much soul-searching or concern about their deaths on the part of their agency handlers. Is there room for morality in these types of intelligence operations?

Ignatius: In all my novels, I have struggled with an issue I will call "seduction and abandonment." I think in some ways that is America's fatal flaw in intelligence operations overseas. We encourage people to risk their lives for our vision of a better world, and then when the going gets tough, we leave them hanging. We did that at the Bay of Pigs, in Vietnam, in Lebanon in the early 1980s, in Nicaragua with the Contras—and now we are in the process of doing it again in Iraq. Basically, it's immoral—this process of making promises that we as a nation are not prepared to keep. The lesson for me is that we need to be more careful about blowing into countries with big ideas about democracy and social change if we are not prepared to stay the course.

Q: In the book, it is suggested that if the CIA could just nab Suleiman it would deal a crippling blow to international terrorism. Could one well-planned operation really have such a powerful impact?

Ignatius: I don't think there's a single knockout punch in the struggle against terrorism. People will have to read the book, but I think that's one lesson of Body of Lies. That said, I do think that well-planned, long-term operations can have a big impact. And I think that America's ability to use digital communications technology is one of the few real advantages we have in the asymmetric struggle against terrorism. That needs to be carefully monitored, but it seems to me that it's at least as important as the "Ultra" code-breaking operations were to Britain during World War II. People ask me whether the agency is operating some of the false fronts and dangles that my novel describes, and my answer is: I hope so.

Opening soon across the Philippines, Body of Lies will be distributed by Warner Bros Pictures, a Warner Bros. Entertainment Company.