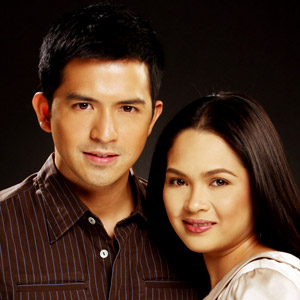 Judy Ann Santos and Dennis Trillo play a couple who struggle to makes sense of the mysterious events in their life following the car accident of Juday's character. Mag-ingat ka sa...Kulam will scare viewers starting October 1.


Judy Ann Santos and Dennis Trillo are paired again in Mag-ingat ka sa...Kulam, which will open in theaters nationwide starting October 1. Their previous project, Aishite Imasu 1941: Mahal Kita, earned for Dennis breakthrough performance awards for his role as a homosexual who disguised himself as a woman during World War II.

Regal matriarch Mother Lily Monteverde has two major reasons to be hopeful for her 48th anniversary presentation titled Mag-ingat ka sa...Kulam. First, it is the homecoming film of Regal baby Judy Ann who started out with her Regal movie Sana Naman (1989). Second, Dennis once again gets to display his mettle as a dramatic actor.


This time, he is tapped to play the husband of Juday, a woman who is involved in a car accident and gets amnesia. Terrible things start to happen in her life and they must figure out whether Juday's character is kinukulam or if she comes from a family of mangkukulam.

Mag-ingat ka sa...Kulam will not only give the audience a real good scare, but at the same time instill an understanding about the way "kulam" works and what we should do in case we become victims of it.

Dennis admits that he was starstruck with young superstar Judy Ann Santos when they first worked together in Aishite Imasu.

"Juday has always been the picture of excellence in the profession and in her personal life for me," said Dennis. "In her own way, she has inspired me to do better in my craft especially in the films that we did together. When you are with an award-winning actress, of course, you are pressured to be at your best, too. So I really enjoyed being with her for the second time in Mag-ingat ka sa...Kulam where she played my partner in the movie."

In an earlier presscon Judy Ann revealed that even if Dennis is known to be such a silent person, their bonding was centered mainly on their kids. "Yes, Juday would always tell me to spend quality time with Calix [Dennis' son with Carlene Aguilar] because kids now grow up so fast. You very well know that Calix is my center of inspiration now. It was really such a joy to have attended to his birthday party recently," Dennis divulged.

As Regal celebrates its 48th anniversary in movie production and distribution, Dennis looks forward to more and better projects that would hone him both as a person and as an actor.

Aside from Judy Ann Santos and Dennis Trillo, Mag-ingat ka sa...Kulam stars TJ Trinidad, Mart Escudero, Kris Bernal, and Sharlene San Pedro (the daughter of Dennis and Judy Ann in the movie). Written and directed by Jun Lana, Kulam will usher in the Halloween month and is showing on October 1 in theaters nationwide.