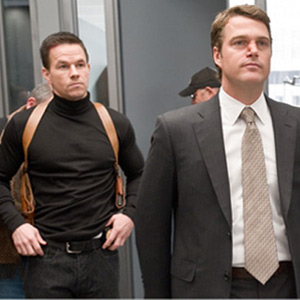 
In Max Payne, Mark Wahlberg plays a cop whose family and partner are brutally murdered. He penetrates the underworld to find those responsible for the murders. Payne finds that he faces both very powerful enemies, both real and beyond imagination, that are conspiring to keep the devastating truth hidden—and Max to be forever silenced.


Trying to help Max sort through the web of intrigue, mystery, violence and supernatural terror is B.B. Hensley (Beau Bridges), a former cop and mentor to Max. B.B. now runs security for the huge pharmaceutical company Aesir. "The character of B.B. Hensley is vital to this story and Beau gives him validity," says director Moore. But like so much of Max Payne, there's more to B.B. than meets the eye. Adds Moore, hinting at the character's complexity: "That we were able to get Beau to play B.B., one of the greatest ‘twist' characters that we've seen in a long time, was quite something."


Bridges says he immediately responded to the character. "B.B. has a mask on. You're really never sure who the real person is, whether he's a good guy or a bad guy. The style of this film is very mysterious; there are twists and turns and sudden changes in characters. As an actor it's a wonderful thing to be a part of."


Another character who surprises is Internal Affairs Agent Jim Bravura, a no-nonsense official who has taken a personal interest in Max's case. Famed hip-hop star Chris "Ludacris" Bridges portrays Bravura. "Bravura is the one person in the film that you feel has a sense of what's going on," says Bridges. "He knows there's a story behind Max's actions, and he's determined to uncover the truth. Internal Affairs guys aren't usually the most likable. I tried to make Bravura look like he could fit into that world but at the same time be an admirable guy."


"Bravura is strong at heart and strong minded," Bridges continues. "He's young, but he's very wise and takes nothing from nobody. I think that he and Max have a kind of unspoken relationship where they pretty much understand one another. They're both very tough and can see past anyone's games."

Also taking on key roles are Chris O'Donnell and Amaury Nolasco. Chris O'Donnell portrays Jason Colvin, a pharmaceuticals executive that figures in Max's nightmare journey of redemption. Colvin is a pawn who is in way over his head in a high-stakes plot that has ensnared not only Max, but which threatens the lives of untold others.


Nolasco is Jack Lupino, a combat vet now ensconced in the drug underworld. For Max Payne, the popular actor, who portrays a likable prison escapee on the hit series Prison Break, imbues Lupino with a shocking and bigger-than-life ferocity. "I was really intrigued by Lupino's darkness," says Nolasco. "He's beyond tough, but in some ways he's a very sad character. He basically lacks a soul. He was a guinea pig in an experiment—and something went very wrong. In that way, he's more of a victim than a villain."