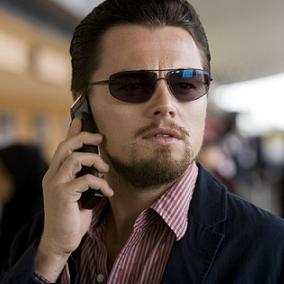 Watch Leonardo DiCaprio play an agent of U.S. Intelligence in Warner Bros.' Body of Lies. This explosive action-thriller will be screened in the Philippines starting October 9, 2008.
Leonardo DiCaprio is Roger Ferris, the best man U.S. Intelligence has on the ground, in Warner Bros.' new explosive action-thriller Body of Lies from director Ridley Scott. To lure a leading terrorist out into the open, Ferris will have to penetrate his murky world, but the closer Ferris gets to the target, the more he discovers that trust is both a dangerous commodity and the only one that will get him out alive.

"Ferris is someone who has very much committed his life to stopping terrorism and is risking his life every day to do so," says DiCaprio. "He's well-versed in weapons training and hand-to-hand combat, but he's also a really intelligent, highly effective field agent who has immersed himself in Middle Eastern culture. He knows the language and the culture and respects the attitudes and customs of the people. He's become very skilled at forging relationships and infiltrating terrorist networks."

"Ferris is a man who feels it on his fingertips," says David Ignatius, author of the book from which the film is based. "The people and the culture have gotten under his skin much the way they got under mine."

As part of his preparation for the film, DiCaprio delved into Ignatius' book and consulted the author and several former members of the CIA. "I tried to learn as much as I could about CIA operations," the actor relates. "This is a group of people distributed around the world who are trying to get any lead they possibly can. It's alarming to think about how dangerous this world would be if it weren't for an organization like that. Their job is so hard. And the stakes at any given moment are so high."

The job also requires Ferris to adopt different identities as fluidly as he changes his Arabic inflection, whether he's working undercover, infiltrating a safe house or posing as an American banker. For DiCaprio, playing the role of Ferris enabled him to vicariously experience the heightened reality of a man whose life depends on his ability to be many men at once. "My character knows that if he is caught at any moment, he will be hung out to dry. So it ups the stakes when he's fighting for his life in all these different scenarios. And, as an actor, it adds so much more tension and realism to what you're trying to do."

"Leo is honestly one of the most interesting actors I've ever worked with because he's so easygoing and fun, and yet he's so ‘on it,'" Scott says of the versatile actor. "He is very smart and fervently professional, and his preparation is seamless. He's fantastic to work with. I've always been impressed by his work, but I was even more impressed than I thought I'd be."

The feeling is mutual. "I'd always wanted to work with Ridley Scott," DiCaprio states. "He is one of today's great filmmakers, and he keeps making amazing films in every type of genre. So doing this film was exciting for me right from the get-go."