Meet the cast members of Sundo 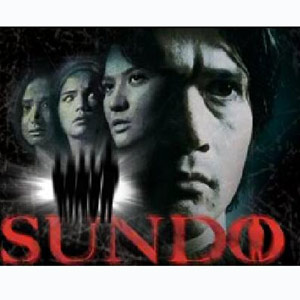 After helming the horror film Ouija (2007) for GMA Films, Topel Lee once again directs mainstream stars for a movie that promises to be just as hair-raising as his first full-length film. Just like his first film, Direk Topel uses beliefs from Philippine folklore to explore supernatural events in the life of a ex-military man (played by Robin Padilla).


SYNOPSIS. Gary (Robin Padilla) and his men are ambushed in a military operation. Gary almost gets killed but wakes up after staying in coma for several days. His life will never be the same again. He resigns from the military and goes into seclusion in their Baguio ancestral house after realizing that he now has a supernatural gift.


The ex-military man is shaken by his visions but he can only see ghosts around people who will soon encounter sudden, tragic deaths. And there is one constant apparition that caps his vision whenever he sees ghosts—that of a really tall and thin woman, horrid and menacing.


Gary's blind sister, Isabel (Rhian Ramos), seeks help from one of her and Gary's childhood friends named Louella (Sunshine Dizon) who happens to be a medical doctor. She uses Isabel's blindness as an excuse to bring Gary out of his seclusion. They travel from Baguio to Manila so Isabel can see a doctor.


An aspiring actress named Kristina (Katrina Halili), a widow, Lumen, and her son, Eric, travel with them to Manila along with Louella's driver, Baste (Mark Bautista). The group avoids a tragic accident on the road but soon the passengers begin dying, one by one, each through a violent death.


Gary eventually figures out that the ghosts he sees are ghost of the dead relatives of people who are about to die tragically. He uses this knowledge to save people from their imminent deaths yet the tall, thin female ghost still becomes a relentless sight in his encounters.


Soon, Gary learns that the woman is the spirit of tragedy, a malevolent force that is responsible for many tragic deaths. When one is supposed to die from one tragedy and survives, the spirit will haunt the survivor until she eventually succeeds.


Gary, Louella, and Isabel now face the biggest fight of their lives. How will they defeat the wrath of the evil spirit and survive the constant threat of death in their lives?


Gary (Robin Padilla) - a military operative who resigns from his job after a near-death encounter, which triggered the opening of his mystic eye allowing him to see ghosts.


Louella (Sunshine Dizon) - Gary's childhood friend, a doctor who tries to help Gary out and harbors affection for him.


Isabel (Rhian Ramos) - Gary's younger sister, blind and frail, is suddenly haunted by the death of the people around her.


Kristina (Katrina Halili) - an aspiring actress who hitches a ride with Gary not knowing of the tragic fate that awaits her.


Eric (Hero Angeles) - Lumen's son, who is haunted by the sudden death of both his parents.


Elma (Angie Floro) -a survivor of a massacre whom Gary discovers has the same gift as him.


Kamatayan (Vanessa) - the tall, lanky and thin spirit who orchestrates the death of everyone.