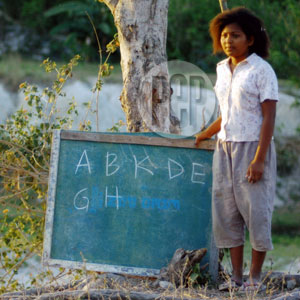 Manoró, a digital movie about an Aeta girl who taught adult members of her mountain tribe so they could vote in the 2004 presidential elections, opens the CineVita Film Festival on March 7.

Direk Laurice, the director of Filipino film classics such as Tanging Yaman, Salome and American Adobo, is expected to talk about the power of cinema to make meaningful statements about the human condition.

The three-day film fest organized by the Varsitarian will run from March 7 to 9. According to the Varsitarian, the 79-year-old student publication of UST, this film festival is meant "to celebrate life, truth, and faith and uphold the cinema as tool for meaningful expression and authentic education."

CineVita is a non-profit and educational endeavor of the Varsitarian together with the Titus Brandsma Center Media Program, Pro-Life Philippines, UST Institute of Religion, UST Journalism Society, and UST Literary Society.

All documentaries and local films are open to the public. Foreign full-length films are exclusive to lecturers, film critics, and students.

The filmfest schedule is as follows: