Terminator Salvation opens on May 27 nationwide 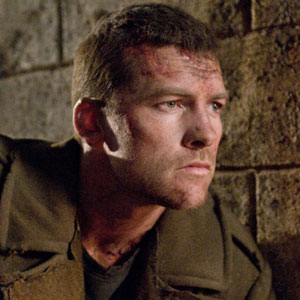 Set in post-apocalyptic 2018, Terminator Salvation will feature new actor Sam Worthington as a stranger known only as Marcus Wright. Is he a friend or foe? Find out when the action-adventure film opens in Philippine cinemas starting May 27, 2009.


Terminator Salvation is set in post-apocalyptic 2018, where John Connor (Bale) is the man fated to lead the human resistance against Skynet and its army of Terminators. But the future that Connor was raised to believe in is altered in part by the appearance of Marcus Wright (Worthington), a stranger whose last memory is of being on death row. As Skynet prepares its final onslaught, Connor and Marcus both embark on an odyssey that takes them into the heart of Skynet's operations, where they uncover the terrible secret behind the possible annihilation of mankind.


"Sam is a fundamentally tough guy, but at the same time, he shows innate human sensitivity," says director McG. "He holds his own with Christian, which is a tremendous feat considering how formidable an actor Christian is. It was very clear from the beginning that Sam was our guy for the Marcus Wright role."


In the film, Marcus Wright's last memory was of being put to death for committing a crime; he has no knowledge of how he came into this world or what his purpose is here. "Marcus had been on death row," says Worthington. "He was put to death. But then he wakes up in this post-apocalyptic world and has to go on a surreal adventure to figure out why he isn't dead."


"Nobody really knows who Marcus is to start with," says Bale. "He's somebody with a past, with an awful lot of regrets. There's a theme throughout the film of desiring a second chance."

Worthington shares, "For me this movie is about hope in mankind and about people coming together -no matter who they are- to fight a common enemy. And that is a good message for all of us now."


Following Terminator Salvation, Worthington is currently filming the action-adventure fantasy epic Clash of the Titans, playing the lead role of Perseus, under the direction of Louis Letterier (The Transporter).


In 2000, Worthington made his feature film debut with a starring role in the Australian film Bootmen, in the role of Adam Garcia's brooding older brother. His performance garnered him an Australian Film Institute (AFI) Award nomination for Best Performance by an Actor in a Leading Role.


However, it was his layered performance in Cate Shortland's critically acclaimed and commercially successful 2004 film Somersault that brought Worthington international attention. He won an AFI Award for Best Actor in a Leading Role, and in addition, the film made a clean sweep of the year's AFI Awards, winning in all 13 film categories-a first in the awards' history.


Opening across the Philippines on May 27, Terminator Salvation is distributed by Columbia Pictures, local office of Sony Pictures Releasing International.