Night at the Museum 2 opens on May 22 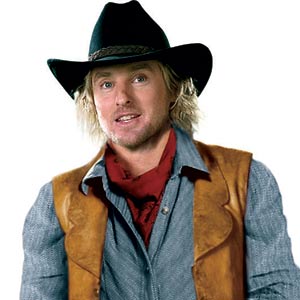 The movie is the sequel to the 2006 hit, Night at the Museum wherein Ben Stiller played a security guard at New York's Natural History Museum who discovered that the museum comes to life at the end of the day. In Night at the Museum 2, Larry Daley (Stiller) is no longer in uniform, he is now a successful entrepreneur but still misses the thrill of his former job. A distress call from his miniature pal Jedediah (Owen Wilson) takes him right back to the museum world and back into uniform. This time he goes to Washington to the Smithsonian Institute where he and his old friends face a villainous plot to stage a coup in the museum complex led by a hilarious Kahmunrah (Hank Azaria) and his henchmen: Ivan The Terrible (Christopher Guest), Napoleon, (Alain Chabat) and Al Capone (Jon Bernthal). Speeding to the nation's capital, Larry will stop at nothing to regain his friends and restore order to the National Mall, from the Lincoln Memorial to the Air and Space Museum, before the stroke of dawn.

"It feels good to be back," says Owen Wilson, one of the many original stars in Night at the Museum who return for this all new adventure. Wilson reprises the role of Jedediah, the miniature cowboy from the Museum of Natural History's collection—now being held captive at the Smithsonian.

Wilson continues: "We all had such a good time playing these wonderful characters in the first movie, we all became great friends, and it was exciting to see family audiences respond so well to it. So it was easy to return. This story is a continuation of all the character's paths, but it's also a much bigger movie and you can see that Shawn has really grown as a director."

The actor also confesses that he still has a soft spot for the inches-tall Wild West buckaroo. "He's just a little cowboy who can barely be heard screaming against the injustices of the world," muses Wilson. "What's great is that you can't be too over-the-top when playing a character this minute."

Hollywood's most sought after comedic talent, Owen Wilson is known for his memorable turns in both mainstream films and thought-provoking independents. Wilson has also made his mark as a writer, collaborating frequently with director Wes Anderson. Their work on The Royal Tenenbaums earned them an Academy Award nomination for Best Original Screenplay.

Wilson's film credits includes Marley & Me, Wedding Crashers, You, Me and Dupree, Disney's animated blockbuster Cars as the voice of McQueen, The Darjeeling Limited, The Life Aquatic, Drillbit Taylor, The Cable Guy, Armageddon, The Minus Man, Shanghai Noon, Zoolander, Behind Enemy Lines, I Spy, Shanghai Knights and Starsky and Hutch. Wilson also served as associate producer on the Oscar®-winning film As Good As It Gets.

Night at the Museum 2 opens May 22 (Friday) in theaters nationwide from 20th Century Fox to be distributed by Warner Bros.
Read Next
Read More Stories About
movies
Post a Comment
Featured
Latest Stories
Trending in Summit Media Network