Daniel Radcliffe rises to the challenge in Harry Potter 6 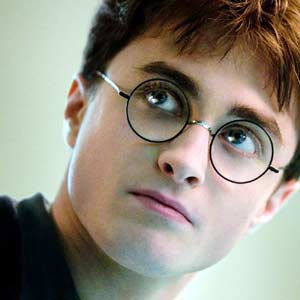 "For me, the Harry Potter films have always been about a loss of innocence. When Harry came into this world, it was all just amazing and brilliant and kind of pure. But as the films have gone on, that's totally disintegrated, and he's realizing that the wizarding world has just as many, if not more, challenges than the world he grew up in before," says Daniel Radcliffe about his character.


Warner Bros.' Harry Potter and the Half-Blood Prince, the sixth installment in the blockbuster Harry Potter franchise based on the beloved novels by J.K. Rowling, not only represents a new chapter in the lives of Harry and his friends and foes, it is one that blends humor and heartbreak, romance and redemption, and the past and the present as never before. And in the wake of Lord Voldemort's return, the choice between good and evil has never had more serious ramifications.

"For me, the Harry Potter films have always been about a loss of innocence," says Daniel Radcliffe, the actor behind the title character, who can perhaps no longer be called the boy wizard. "When Harry came into this world, it was all just amazing and brilliant and kind of pure. But as the films have gone on, that's totally disintegrated, and he's realizing that the wizarding world has just as many, if not more, challenges than the world he grew up in before."

Producer David Heyman offers, "In the last film, we were watching Harry at a difficult stage—tormented by dreams, questioning himself and beset by personal demons. Now he's a year older and that brings a different set of issues and responsibilities."

Harry actually has no idea who the Half-Blood Prince is. All he knows is he was the previous owner of an old textbook, which Harry inherited when he enrolled in Professor Slughorn's (Jim Broadbent) Potions class. Director David Yates offers, "The book says it is the ‘Property of the Half-Blood Prince,' but there is no name and no other record of him, so his identity is an enigma. But whoever he was, he was obviously very smart; he was capable of taking the conventional recipes for certain potions and spells and making them significantly better. He was an original thinker but also quite a dark thinker. The things he came up with eventually lead Harry into some very intense territory."

Reprising the role of the venerable Professor Dumbledore, Michael Gambon remarks, "The relationship between Harry and Dumbledore in this film goes beyond headmaster and student. As Harry has grown from a schoolboy into an intelligent young man, their relationship has grown into more of a close friendship."


Heyman reflects, "There is a line in the film where Dumbledore says, ‘Once again, I must ask too much of you, Harry.' Does he feel guilt? I don't know if he feels guilt, but he knows that Harry is growing up, and I think this is all part of the education of Harry Potter. Dumbledore knows that ultimately Harry is going to be the one who has to face Voldemort, and in introducing him to Slughorn and exposing him to some of Voldemort's history and taking him on the journey that he does, he is preparing Harry for the final battle that lies ahead."

Opening across the Philippines on July 16, Harry Potter and the Half-Blood Prince is distributed by Warner Bros. Pictures, a Warner Entertainment Company.